Matt Vasgersian net worth: Matt Vasgersian is an American sportscaster and television host who has a net worth of $1.5 million. Matt Vasgersian was born in Oakland, California in September 1967. He started out as a child actor who appeared in the movie The Candidate and in the television series The Streets of San Francisco.

Vasgersian started out in baseball in 1991 and was a Minor League announcer for six years. He was an announcer for the San Diego Padres for seven seasons and joined Fox Sport sin 2006. He called some NFL and college football games for Fox. In 2009 Vasgersian joined the MLB Network where he is a studio host. He also serves as a play-by-play announcer for Fox Sports with their coverage of Major League Baseball. Vasgersian has also announced for the Olympic Games on NBC Sports and for the Milwaukee Brewers. In 2015 he was nominated for a Sports Emmy Award for Outstanding Sports Personality – Studio Host. 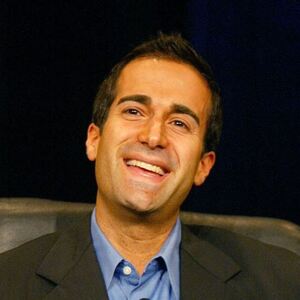