How much is Matt Smith Worth?

Matt Smith Net Worth: Matt Smith is an English actor and film director who has a net worth of $9 million. Matt Smith was born in Northampton, Northamptonshire, England in October 1982. He is best known for his role as the Eleventh Doctor in the British TV series Doctor Who. He joined the National Youth Theatre and studied at the University of East Anglia. Smith first performed in plays in London theaters. He later performed in West End theater. His first screen role came in the 2006 TV movie The Ruby in the Smoke. In 2007 Smith starred as Danny Foster in the television series Party Animals. His role The Doctor started in 2010 on the TV series Doctor Who. He has voiced the role of The Doctor in many video games and has also played The Doctor in TV mini-series short and TV movies. Smith is scheduled to star in the upcoming film Terminator: Genisys. Smith won a National Television Award for Most Popular Male Drama Performance in 2012. He has also won two SFX Awards and a Scream Award for Doctor Who. In 2016, Matt Smith began starring in the critically acclaimed Netflix series The Crown. On the show he plays Prince Philip, the Duke of Edinburgh. 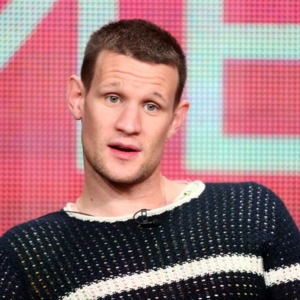