How much is Matt Prokop Worth?

Matt Prokop Net Worth: Matt Prokop is an American actor who has a net worth of $500 thousand dollars. Matt Prokop was born in Victoria, Texas in July 1990. At 16 he moved to Los Angeles, California to pursue his acting career. Matt is represented by 360 and APA. He made his acting debut in 2007 in episodes of Hannah Montana and The Office and the short Marked. The same year he starred in the film An Angel Named Billy. In 2008 he starred as Jimmie Zara in the movie High School Musical 3: Senior Year and also in the video Green Flash. Prokop appeared in episodes of the TV series In the Motherhood and Medium in 2009. In 2010 he starred in the movies Furry Vengeance and Monsters Heroes and in the short I Owe My Live to Corbin Bleu. He starred in the movies Conception and Cougar Hunting in 2011 along with the TV movie Geek Charming and an episode of Good Luck Charlie. In 2012 he starred in the film Struck by Lightning and in an episode of Modern Family. Matt starred in the 2013 movie April Apocalypse and in an episode of the TV series Perception. In September 2014 Matt's ex-girlfriend actress Sarah Hyland was granted a restraining order against Prokop after being abused by him. 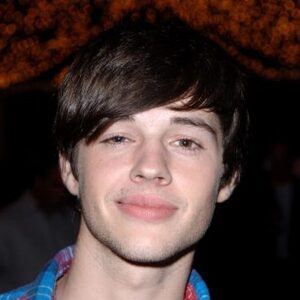