Matt Passmore Net Worth: Matt Passmore is an Australian actor who has a net worth of $5 million dollars. Born in Wynnum-Manly, Brisbane, Australia, in 1973, Matt Passmore enlisted in the Army during the '90s before he took odd jobs after his discharge. Passmore eventually enrolled in the National Institute of Dramatic Art in Sydney, graduating in 2001, with fellow actor Heidi Arena.

He made his on-screen debut on "Play School", a children's TV show, before landing the role of Pete in "Always Greener" in 2003. That year, he also played Brad on six episodes of "Blue Heelers". He went on to appear on "The Cooks", "The Alice", "Last Man Standing", and "McLeod's Daughters", a role he held from 2006 until 2009. He had parts in "Noir Drive", "Underbelly: A Tale of Two Cities", and "Masterwork" before landing a part on TV series "The Cut" for six episodes. Soon after, he was cast on A&E's "The Glades". Passmore has since appeared on four seasons of the show from 2010 until 2013 as Jim Longworth. He then scored a part as Neil Truman on the 2014 series "Satisfaction". Passmore married his high school sweetheart, Jacqui Passmore, in 1997 before their 2006 divorce. He dated "McLeod's Daughters" co-star Rachael Carpani until 2011. 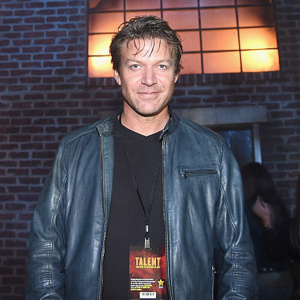