Matt Iseman net worth and salary: Matt Iseman is an American comedian, actor, and television host who has a net worth of $2 million. Matt Iseman was born in Denver, Colorado in January 1971. He earned his B.S. from Princeton University and his M.D. from Columbia University College of Physicians and Surgeons.

Iseman worked as a doctor and then started doing stand-up comedy and was part of the improve comedy troupe The Groundlings. From 2007 to 2010 Iseman starred as Go To Guy in the television series Clean House Comes Clean. From 2011 to 2012 he narrated the TV series Dumbest Stuff on Wheels. From 2010 to 2011 he also starred as Go-To Guy on the series Messiest Home. Iseman has hosted the TV series Scream Play in 2004 and American Ninja Warrior since 2010. He has also appeared in episodes of the TV series General Hospital, The Drew Carey Show, NCIS, The League, Act-Anon, and Hot in Cleveland. In 2010 he won a Daytime Emmy Award for Outstanding Special Class Special for Clean House. 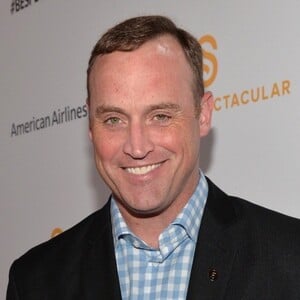