Matt Dallas Net Worth: Matt Dallas is an American actor who has a net worth of $5 million. Born in Phoenix, Arizona, in 1982, Matt Dallas studied at the Arizona School of the Arts. He knew he wanted to be an actor from a young age and made his on-screen debut in 2005 as a male model in an episode of "Entourage" and as Todd in the film "Way of the Vampire".

He appeared in several movies early in his career, winning Best Newcomer at the Monaco Film Festival for his performance as Daddy in 2007's "The Indian". In 2006, Dallas landed the role for which he's best known today as the lead character in the ABC Family series "Kyle XY". Dallas appeared in close to 50 episodes between 2006 and 2009 before the show's end. He was nominated for a Saturn Award for Best Television Actor and a Teen Choice Award for Choice TV Breakout. Since the end of "Kyle XY", Dallas has appeared in six episodes of "Eastwick" and five episodes of "Baby Daddy". His more recent film credits include "The Story of Bonnie and Clyde", "The First Ride of Wyatt Earp", "Naughty or Nice", "Into The Heart of America", and "The Ghost of Goodnight Lane". Dallas has appeared in a handful of music videos, including Katy Perry's "Thinking of You", "James Blunt's "Goodbye My Lover", and Fan 3's "Geek Love". In 2014, he reprised his role as Kyle XY for the "It's My Belly Button" music video by Rhett and Link. He announced his engagement to musician Blue Hamilton on Twitter in early 2013. 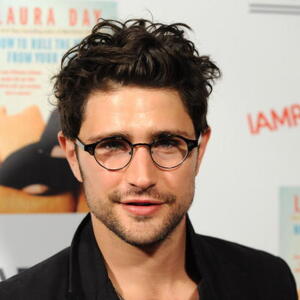