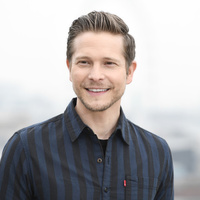 Matt Czuchry Net Worth: Matt Czuchry is an American actor who has a net worth of $3 million. Matt Czuchry was born in Manchester, New Hampshire, in 1977, and was raised in Tennessee, where his father was a college professor. Czuchry earned his history and political science degree from the College of Charleston in South Carolina, where he played on an NCAA tennis scholarship. Czuchry discovered his passion for acting in college. He made his on-screen debut in a 2000 episode of "Freaks and Geeks". Czuchry had many small parts during the early 2000s, including appearances in "Young Americans", "The Practice", "Slap Her, She's French", "Jack 2.0", "Advantage Hart", "Eight Legged Freaks", "A Midsummer Night's Rave", and "7th Heaven" before landing the part of Logan Huntzberger on the hit series "Gilmore Girls". Czuchry appeared in close to 60 episodes of the show between 2004 and 2007. He had parts in "Hooked", "Justice League Unlimited", "Veronica Mars", "Friday Night Lights", and "I Hope They Serve Beer in Hell" before landing the regular role of attorney Cary Agos on the CBS drama series "The Good Wife" in 2009. Czuchry has also had a brief theater career, starring in "Third" in 2007 at the Geffen Playhouse in Los Angeles.