Matt Corboy Net Worth: Matt Corboy is an American actor and TV personality who has a net worth of $500 thousand. Matt Corboy was born in 1973 in Honolulu, Hawaii, and earned his business degree from Colorado State University in Fort Collins. Corboy worked with an improv comedy troupe in Los Angeles and made his acting debut in the mid-'90s.

He appeared in several commercials before landing a part in a 1997 episode of "The Pretender". Corboy went on to appear in "Seven Days", "The District", "Spin City", "Malcolm in the Middle", and "Cold Case" before landing the part of voicing various characters in "Lilo & Stitch: The Series" in 2005. In 2006, Corboy started narrating the "Sweat Equity" series, working on close to 40 episodes of the show. A year later, he scored a commentator gig with the World Poker Tour. Corboy appeared in more than a dozen episodes of FX's police drama "The Shield" as Ray Carlson. He had small parts in "Modern Family", "Lie to Me", "Hawaii Five-0", and "A Series of Unfortunate People" before landing the role of Cousin Ralph in the 2011 Oscar-winning feature film "The Descendants" with George Clooney, Shailene Woodley, and Judy Greer. Corboy has since appeared on "Battleground", "Mad Men", "Geo's Pizza", "Married", "Awkward", "and "Rizzoli & Isles". He has been married to his wife, Kara McNamara Corboy, since 2001. 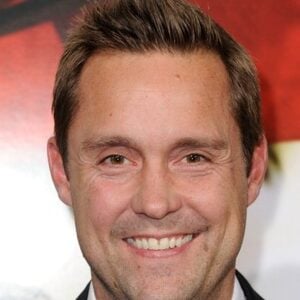