What is Matt Bomer's Net Worth and Salary?

Matt Bomer is an American actor who has a net worth of $11 million. Matt Bomer is known for roles in series and films like "White Collar," "American Horror Story," "Chuck," and "The Nice Guys," among others.

Bomer was born on October 11, 1977 in Webster Groves, Missouri to parents Elizabeth Macy and John Bomer IV. His father had been a draft pick for the Dallas Cowboys and played for the team from 1972 to 1974. Bomer grew up with his sister, Megan, and brother, Neil.

The family moved to Spring, Texas when Bomer was a child and he attended Klein High School. He played football in school before decided he wanted to concentrate on acting. When he was 17, he made his stage debut in a production of Tennessee Williams' play, "A Streetcar Named Desire," in the Alley Theatre in Houston.

After high school, Bomer attended Carnegie Mellon University and continued studying acting. During that time, he spent a year abroad in Galway, Ireland in 1999 and worked as a bartender while there. In 2001, he graduated with a Bachelor of Fine Arts degree.

After finishing college, Bomer moved to New York City and began working in theater. He then landed his debut television role in 2000 when he played Ian Kipling in the ABC soap opera, "All My Children." In 2001, he landed a contract role on another soap opera, "Guiding Light." For his performance on the series, he received a Gold Derby Award for Younger Actor in a Daytime Drama. He left the show in 2003 and then landed a role in the supernatural drama series, "Tru Calling." He also continued acting in theater, playing a role in "Roullette" in New York in 2003.

His film debut came in 2005 when he landed a role in "Flightpath" opposite Jodie Foster. In 2006, he had a role in "The Texas Chainsaw Massacre: The Beginning." His television roles around this time include a part in the television film, "Amy Coyne," and the leading role in the short-lived series, "Traveler, "in 2007. From 2007 to 2009, he had a supporting role in the NBC action-comedy-drama, "Chuck," which helped further launch Bomer into the mainstream.

Bomer's true big break came in 2009 when he landed the starring role of con artist Neal Caffrey in the police procedural drama series "White Collar." The show was widely watched and also praised by critics. The show aired six seasons from 2009 to 2014 and in 2015, Bomer won a People's Choice Award for his performance on the show.

In 2010, Bomer stared in the play "8" which was presented at the Eugene O'Neill Theatre in New York City. The following year, in 2011, he was cast in the science fiction thriller film, "In Time," opposite Justin Timberlake. In 2012, he made a guest appearance on the popular show "Glee," for which he won a Gold Derby award in the Best Comedy Guest Actor category. He then appeared in the ensemble case of "Magic Mike" in 2012. 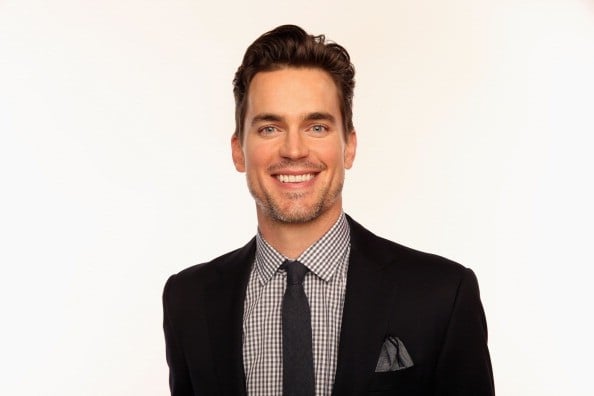 He then appeared in the sitcom "The New Normal" in 2013, after which he lent his voice to "Superman: Unbound." In 2014, he appeared in "Winter's Tale" and "Space Station 76," neither of which were very successful. He then had a role in "The Normal Heart" which depicts the rise of the HIV-AIDS crisis in New York City during the 1980s. His performance in the film was highly praised and he received nominations at the Golden Globe awards and the Primetime Emmy awards.

He then had a guest role in the fourth season of "American Horror Story" followed by reprising his character in "Magic Mike XXL," the "Magic Mike" sequel. He then joined the main cast of the fifth season of "American Horror Story: Hotel." Bomer started of 2016 by appearing in "The Nice Guys" and then "The Magnificent Seven." He then was cast as the lead in the series "The Last Tycoon," based on the F. Scott Fitzgerald novel of the same name.

In 2017, he starred in "Walking Out," for which he was highly praised by critics. He also appeared in "Anything." In 2018, he started working on "The Assassination of Gianni Versace: American Crime Story," his directorial debut. He also starred in the film "Jonathan" and had a role in the play "The Boys in the Band," which won a Tony Award for Best Revival of a Play. He also appeared in the comedy drama "Papi Chulo" and the drama "Viper Club." From 2018 to 2019, he had a guest starring role on "Will & Grace" and also appeared in "Doom Patrol" in 2019. He landed one of the main roles in the series, "The Sinner," in 2020.

In 2011, Bomer married publicist Simon Halls though their marriage became public only in 2014. The couple has since had three children – Kit in 2005 and twins Walker and Henry in 2008. While Bomer had been in a relationship with Halls for years, he only publicly came out as gay in 2012 when he thanks Halls and his children during an acceptance speech for the Steve Chase Humanitarian Award. The same year, Bomer was given an Inspiration Award for his work at the GLSEN Awards, which honors individuals who have devoted time and money to ending bullying of LGBTQ individuals while supporting inclusion and education.

Bomer is a Democrat and campaigned for candidate Beto O'Rourke in the U.S. Senate Election in Texas in 2018. He also is interested in Transcendental Meditation and has been since his early 20s. 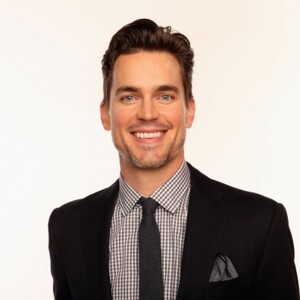