Matt Berry net worth: Matt Berry is an English actor, writer, and musician who has a net worth of $4 million. Matt Berry was born in Bromham, Bedfordshire, England, United Kingdom in May 1974. One of his best known roles came starring as Douglas Reynholm on the television series The IT Crowd from 2007 to 2013.

Berry starred as Beef on the TV series House of Fools from 2014 to 2015. From 2012 to 2015 he starred as Steven Toast on the series Toast of London. Berry has also appeared in Garth Marenghi's Darkplace, Snuff Box, The Mighty Boosh, The Wrong Door, and more. He composed and starred in AD/BC: A Rock Opera. Berry won a BAFTA TV Award for Best Male Performance in a Comedy Programme in 2015 for Toast of London.  He was nominated for a British Comedy Award for Best Male Comedy Newcomer in 2007 for The IT Crowd and for a Behind the Voice Actors Award for The SpongeBob Movie: Sponge Out of Water in 2016. 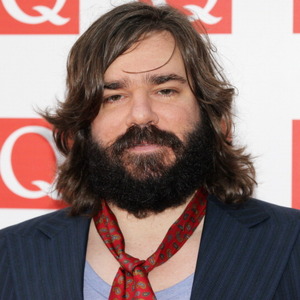