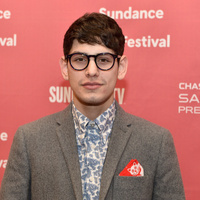 Matt Bennett Net Worth: Matt Bennett is an American actor, musician, and writer who has a net worth of $1 million. Born in Massapequa, New York, in 1991, Matt Bennett made his first foray into on-screen acting in commercials. He made on-screen debut in 2009, appearing as Jamie in "Totally for Teens" and Greg the Intern in Comedy Central's "Michael & Michael Have Issues". He wrote and appeared in the 2010 short "Text Me" before starring in Funny or Die's "The Virginity Hit" later in the year. Bennett landed a main role in "Victorious" from 2010 until 2013, playing Robbie Shapiro. Bennett was nominated for Nick UK's Funniest Person for the role at the 2011 UK Kids' Choice Awards. He reprised the part of Shapiro in several episodes of the Nickelodeon show "iCarly" in 2011 and 2013. Bennett's other TV and film credits include "Bridesmaids", "Figure It Out", and "Sam & Cat". In addition to his acting career, Bennett is an accomplished singer. He has several songs on the "Victorious" and "Victorious 2.0" soundtracks, including lead vocals on "Broken Glass" and "I Think You're Swell". Bennett's other song credits include "Leave It All To Shine", "All I Want Is Everything", "I Want You Back", "Shut Up 'N Dance", and "Five Fingaz to the Face".