Matt Barr Net Worth: Matt Barr is an American actor who has a net worth of $500 thousand dollars. Born Matthew Jerome Barr in Allen, Texas, in 1984, Matt Barr was heavily involved in productions at high school theater. He made his on-screen debut in film, appearing as Zach Stanley in 2003's "Levelland". Barr went on to appear in "American Pie Presents: Band Camp", "Jesse Stone: Death in Paradise", "Ten Inch Hero", "Protecting the King", "The House Bunny", "Open Your Eyes", "Seven Below", "Romeo Killer: The Chris Porco Story", "Parkland", and "Undrafted". Barr has also had parts in close to two-dozen TV shows, making his series debut in a 2004 episode of "ER". Barr has since had roles in "CSI: Miami", "Medium", "American Dreams", "Commander in Chief", "Bones", and "The O.C." before landing a seven-episode part as Ian Banks in "One Tree Hill" in 2006. Barr also scored parts in "Swingtown", "Gossip Girl", "Castle", "The Big Bang Theory", "Friday Night Lights", "CSI: Crime Scene Investigation", "Necessary Roughness", and "Hatfields & McCoys". Barr has since had two regular roles, appearing in 13 episodes of the thriller TV series "Harper's Island" in 2009 as Christopher Sullivan. He joined the main cast of "Hellcats" in 2010 as Dan Patch. Barr was also featured in six episodes of the web series "Sex Ed: The Series" in 2009. 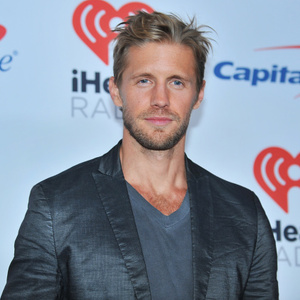