Mathilda May Net Worth

in Richest Celebrities › Actors
Mathilda May Net Worth:
$15 Million

Mathilda May Net Worth: Mathilda May is a French actress who has a net worth of $15 million. Born in Paris, France, in 1965 as Karima Mathilda Haim, Mathilda May was a dancer for much of her childhood. She has carved out a name for herself as an actress in France and its neighboring countries.

May has starred in dozens of movies, including 1984's "Nemo (A.K.A. 'Dream 1')", 1985's "Lifeforce", 1987's "The Cry of the Owl", and 1991's "Isabelle Eberhardt". In "Lifeforce", May starred as the alien vampire who was mostly nude during the majority of her time on screen. Her other film credits include "Naked Tango", "Scream of Stone", "Toutes peines confondues", "Grosse Fatigue", "The Tit and the Moon", "Celluloide", "The Jackal", "A Girl Cut in Two", and "The Players". She has also appeared on several TV programs, including "Back to Top", "Whipping Boy", and "Erich Segal's Only Love". May was even once in a video game, appearing in 1996's "Privateer 2: The Darkening" about outer space. She has been married three times with all three unions ending in divorce. May wed Paul Powell, Gerard Darmon, and Philippe Kelly. She has two children, a son and a daughter, born during the mid-90's with Darmon. 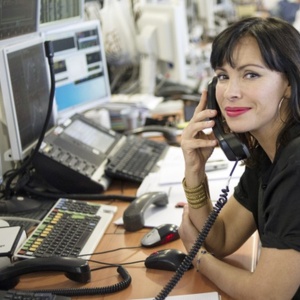