Mathieu Amalric Net Worth: Mathieu Amalric is a French actor and director who has a net worth of $3 million. Mathieu Amalric was born in Neuilly-sur-Seine, France in October 1965. His debut film role came in the 1984 movie Favourites of the Moon. Some of his best known acting roles include playing the villainous Dominic Green in the 2008 James Bond film Quantum of Solace, playing the role of Louis in the 2005 Steven Spielberg film Munich, and the role of Jean-Do in the 2007 movie The Diving Bell and the Butterfly. Amalric also won a Cesar Award for Most Promising Actor for his role in the 1996 film Comment je me suis dispute. He won another Cesar Award for Best Actor for his role in 2004's Rois et reine. He took home another Cesar Award for Best Actor for The Diving Bell and the Butterfly and for his 2010 film On Tour he won Cannes Film Festival Awards for Best Director and FIPRESCI Prize and was nominated for three Cesar Awards. Amalric wrote and directed the 2014 film The Blue Room. 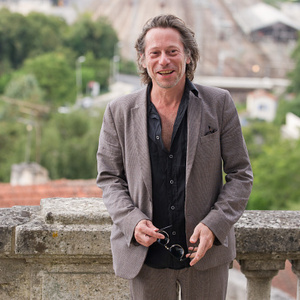