Massimo Dobrovic net worth: Massimo Dobrovic is an actor, model, and choreographer who has a net worth of $500 thousand dollars. He was born in Croatia and escaped with his family during the war as a boy. His large family fled to Italy (where his mother is from) and he developed a passion for fashion, cuisine, and acting.

He experienced success as an actor in Italy, but he recently moved to Hollywood in the hopes of making it big. Even though he is fluent in five languages, Massimo knows he must work on patience and mastering his American accent before he can land a leading role. He is academically trained at the American Academy of Dramatic Arts. His cultural background gives him the possibility to extend from Italian and Latin roles all the way to Eastern European and Russian characters. He does an enormous amount of accents and dialects, from Italian, Spanish to Russian, Serbian, Hungarian and Polish. He can also do an American and British accent, but is working to improve his American drawl. Dobrovic is one of the cast members on the hit Bravo reality series, Euros of Hollywood, which follows six European entrepreneurs who are trying to make it big in America. 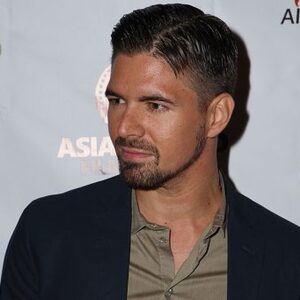