What is Mary-Louise Parker's Net Worth?

Mary-Louise Parker is an American actress who has a net worth of $16 million. Mary-Louise Parker has won Tony, Emmy, and Golden Globe nominations and awards. She is well-known for her recurring roles on the television series, "The West Wing" and "Weeds."

Parker was born on August 2, 1964 in Columbia, South Carolina. She is the youngest of four children born to parents Caroline Louise and John Morgan Parker. Her father worked as a judge in the U.S. Army, which meant that Parker spent parts of her childhood in places like Tennessee, Texas, Thailand, Germany, and France. Parker attended Marcos de Niza High School in Tempe, Arizona and then graduated from the University of North Caroline School of the Arts in 1986.

Parker got her start in acting when she landed a role in "Ryan's Hope," a soap opera, in the 1980s. She moved to New York near the end of the decade and started earning a few minor roles before making her Broadway debut as the lead role in "Prelude to a Kiss." She also moved with the production as it traveled around as an off-Broadway performance. Her work was highly reviewed and won her the Clarence Derwent Award, as well as a Tony Award nomination.

In 1989, she was cast in the film "Longtime Companion" which focused on the seriousness of the AIDS epidemic. Parker landed many movie roles in the 1990s. She starred in "Grand Canyon" and "Fried Green Tomatoes" in 1991 and in "The Client" and "Bullets over Broadway" in 1994. The next year, she was in "Boys on the Side" and "Reckless." In 1996, she starred with Nicole Kidman, Viggo Mortensen, John Malkovich, and Christian Bale in "The Portrait of a Lady."

She also continued taking theater roles, appearing in "How I Learned to Drove" in 1997. For this role, she received the Lucille Lortel Award for Outstanding Actress as well as the Obie Award for Performance. She also appeared in a number of independent films in the late 1990s like "Let the Devil Wear Black," "The Five Senses," and "The Simple Life of Noah Dearborn."

Her next big role came 2003 in the six-hour HBO adaptation of "Angels in America." Her performance of character Harper Pitt earned her both a Golden Globe Award and a Primetime Emmy Award for Best Supporting Actress in a Miniseries or Television Film. 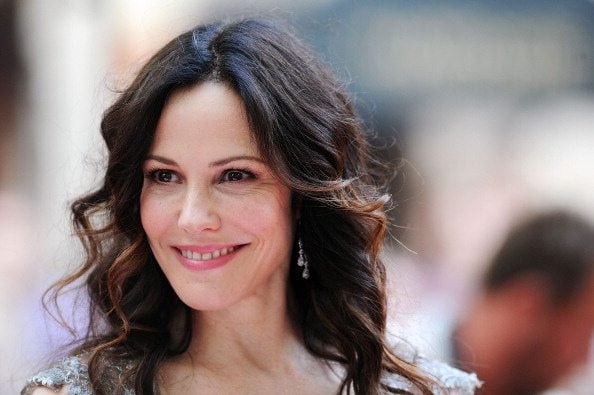 The following year, in 2004, she appeared in "Saved!" as well as the television film, "Miracle Run." Additionally, she appeared in the play "Reckless" on Broadway, which earned her a nomination for a Tony Award for Best Actress in 2005.

In 2005, Parker was cast as the lead role in the television series "Weeds." The show became very popular and again led to award wins and nominations. During the show's run from 2005 to 2012, she received three nominations for the Primetime Emmy Award for Outstanding Lead Actress in Comedy Series and also the Golden Globe Award for Best Actress in a Television Series Comedy.

In 2007, Parker earned a role in the television film "The Robber Bride," followed by "The Assassination of Jesse James by the Coward Robert Ford." In 2008, she was in "The Spiderwick Chronicles" and the off-Broadway production of "Dead Man's Cell Phone." She also was cast in the revival of the play "Hedda Gabler" which ran from January to March in 2009.

Parker played opposite of Bruce Willis in the action movie "Red" in October of 2010. The next year, she became the host of the tenth season of the PBS documentary series "Independent Lens." She then reprised her role from "Red" in "Red 2" and "R.I.P.D." Other theater work during this time included roles in "The Snow Geese" as well as "Heisenberg." She also starred in the Broadway play "The Sound Inside" beginning in 2019, for which she received a Tony Award for Best Actress in a Play. She was also cast in "How I Learned to Drive" in 2019.

In 1996, Parker began dating actor Billy Crudup. The couple got pregnant together in 2003 but Crudup left Parker to begin dating actress Claire Danes before their son was born in 2004. Actress Susan Sarandon is the godmother of the son, William. In September of 2007, Parker adopted a second child, a girl name Caroline, from Ethiopia.

In December of 2006, Parker started dating Jeffrey Dean Morgan, a fellow actor whom she met on the set of the show "Weeds." In February of 2008, the couple announced their engagement but ended up breaking up the following April before getting married.

Parker has been involved in a number of charity and philanthropic-related causes and organizations. She has worked in providing resources for those affected by the Ugandan civil war and was honored in 2013 for the work she has done with the Hope North organization. She has also participated in various charity dinners organized by the David Lynch Foundation along with Tom Hanks to help veterans struggling with post-traumatic stress disorders. In 2015, she published a memoir called "Dear Mr. You." 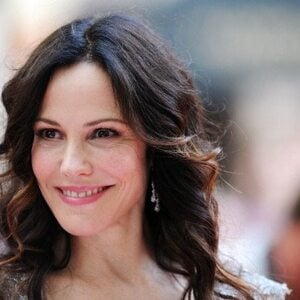