Maryam d'abo net worth: Maryam d'abo is an English actress who has a net worth of $10 million. Maryam d'abo was born in Hammersmith, London, England, United Kingdom in December 1960. She is best known for being a Bond girl starring as Kara Milovy in the 1987 film The Living Daylights. D'abo has had recurring roles on several TV series including Master of the Game in 1984, Something Is Out There in 1988, Mowgli: The New Adventures of the Jungle Book in 1998, Doctor Zhivago in 2002, Helen of Troy in 2003, and 13 Steps Down in 2012.

Maryam d'abo has also appeared in several films and episodes of TV series including Murder, She Wrote, Tales from the Crypt, Dorian Gray, and more.  She married director Hugh Hudson in 2003. D'Abo is the cousin of the singer of the musical group Manfred Mann, Mike d'Abo. She is also the first cousin once removed of the actress Olivia d'Abo. 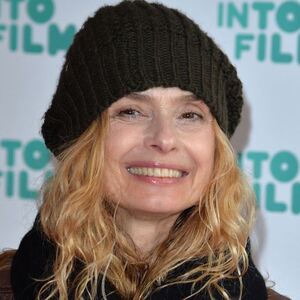