What was Mary Tyler Moore's Net Worth and Salary?

Mary Tyler Moore was an American actress, model, producer, and humanitarian who had a net worth of $60 million at the time of her death on January 25th, 2017. She was known for her role in the "The Dick Van Dyke Show" and as the title character in her own show "The Mary Tyler Moore Show."

Mary Tyler Moore was born on December 29th, 1939 in Brooklyn, New York City, New York. Her father was a clerk and was of Anglican Descent. On her father's side, she was related to a Colonel who fought for the Confederacy in the Civil War. She was of Anglican decent on her mother's side. She grew up in a rented apartment in Queens and attended St. Rose of Lima Parochial School. She was the oldest of her three siblings, and they were raised Catholic. When she was eight, her family moved to Los Angeles, California. She went to Saint Ambrose School and then the private, Catholic Immaculate Heart High School. Her younger sister died when she was only twenty-one from an overdose on painkillers.

Moore's first job in television was as "Happy Hotpoint," who was a dancing elf that appeared in commercials for the Hotpoint Appliance company. The commercials aired during the "The Adventures of Ozzie and Harriet" show. Within five days of being Happy Hotpoint, she had made $6,000, which would be the equivalent of around $58,300 in current USD. She became pregnant shortly after working on the commercials and took a lighter workload for a couple years. In the mid 1960s, she modelled anonymously for record album covers and had a couple uncredited appearances in films. In 1959, she was cast as a secretary for ten episodes of the action television series "Richard Diamond, Private Detective," and in that year, she had guest star appearances on the television shows "Bronco" and "Bourbon Street Beat." In 1960, she was featured on episodes of ten different television series including "77 Sunset Strip," "Wanted: Dead or Alive," "The Tab Hunter Show," "Bachelor Father," and "The Millionaire."

Moore's break came when Carl Reiner cast her in his upcoming television series "The Dick Van Dyke Show" in 1961. "The Dick Van Dyke Show" followed the life of the title character as he manages his career as a comedy writer and his personal life. The show ran from 1961 to 1966 and won fifteen Emmy Awards with twenty-five nominations. For her work on the show, Moore won two Emmy Awards. On the show, her character often wore clothing similar to Jackie Kennedy, increasing the character's popularity. 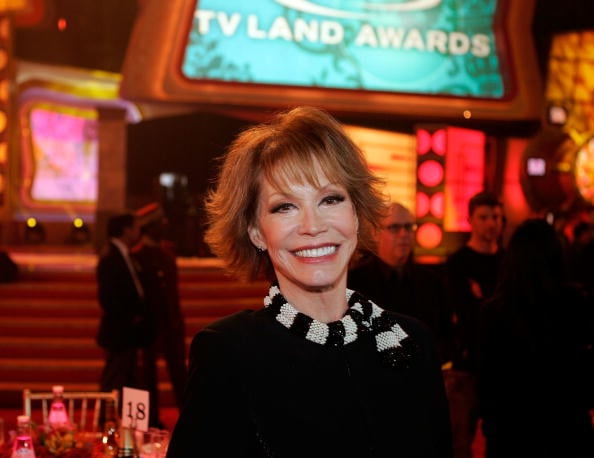 In 1970, Moore got her own spin-off of the "The Dick Van Dyke Show" called "The Mary Tyler Moore Show." The sitcom followed a similar theme with Moore's character working at a newsroom with Ed Asner playing the role of her stern boss, Lou Grant. The show was a huge success, and over the course of its seven-year run, it won twenty-nine Emmy Awards. Its popularity matched the "The Dick Van Dyke Show," and it led to spin-offs series for three other cast members: Ed Asner, Valerie Harper, and Cloris Leachman. For her work, Moore won three Emmy Awards.

While filming the "The Mary Tyler Moore Show," she made guest appearances on the television shows "Phyllis," "Rhoda," and "Mary." In 1979, she starred in the one season television series "The Mary Tyler Moore Hour," which was nominated for an Emmy. The following year, she had a leading role in the film "Ordinary People," which won four Oscars. In 1985, she was cast in the CBS series "Mary," but it suffered from internal conflict and poor ratings and only lasted a season. She finished the eighties with appearances in the series "Annie McGuire" and the television min-series "Lincoln."

Film and Other Works

In addition to her successful television career, Moore has a made a number of appearances in film, television movies, and theater. She starred in the 1976 fantasy musical television movie "Mary's Incredible Dream," which was nominated for three Emmy Awards. In 1978, she starred in the Golden Globe nominated biographical drama "First, You Cry," and in 1982, she led the drama "Six Weeks," which was nominated for two Golden Globes. She spent most of the nineties starring in television movies including "The Last Best Year," "Stolen Babies," and "Payback." She had a supporting role in the 1996 comedy "Flirting with Disaster" and in the 1997 thriller "Keys to Tulsa."

Moore has acted in several Broadway plays, and in 1966, she starred in a musical version of "Breakfast at Tiffany's" called "Holly Golightly." The production was intended to play on Broadway, but it was so unpopular among critics during its preview that plans for Broadway were scrapped. In 1980, she starred in "Whose Life Is It Anyway," and in 1987, she starred in the play "Sweet Sue." Both shows opened on Broadway. In 2003, she appeared in previews for Neil Simon's production "Rose's Dilemma," but she left the play after receiving an unduly critical letter from Simon.

In 1955, Moore married Richard Carleton Meeker, and less than a year later, she gave birth to their son. The couple divorced in 1962, and she married CBS executive Grant Tinker later that year. In 1970, they started their own production company called MTM Enterprises. The pair divorced in 1981, and two years later, she married cardiologist Robert Levine. They remained married until her death in 2017. In 1980, Moore's son died from an accidental shooting while he was handling a small handgun. The model was later recalled for having a hair-trigger. She was a lifelong animal rights activist and a pescatarian. She supported charities including the ASPCA and Farm Sanctuary. 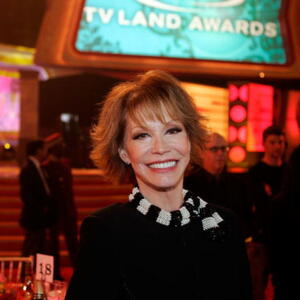