What is Mary Steenburgen's Net Worth?

Mary Steenburgen is an American actress who has a net worth of $80 million. That is a combined net worth with her husband of several decades, fellow actor Ted Danson.

Mary Steenburgen has starred in numerous films throughout her career. After winning the Oscar for Best Supporting Actress for her third movie, 1980's "Melvin and Howard," she went on to appear in such films as "Ragtime," "Cross Creek," "Parenthood," "Elf," "The Help," and "Book Club." Steenburgen has also been on many television programs, including "Ink," "Curb Your Enthusiasm," "Joan of Arcadia," "Justified," and "Zoey's Extraordinary Playlist."

Mary Steenburgen was born on February 8, 1953 in Newport, Arkansas. Her mother, Nellie, was a school secretary, while her father Maurice was a freight train conductor for the Missouri Pacific Railroad. She has a sister named Nancy. As a young adult, Steenburgen attended Hendrix College in Conway, Arkansas, where she studied drama. In 1972, she moved to Manhattan to study at the Neighborhood Playhouse. While studying under William Esper, Steenburgen worked at the publishing company Doubleday and as a server at the Magic Pan restaurant.

Steenburgen had her career breakthrough in 1978, when she was cast as the female lead in Jack Nicholson's Western comedy film "Goin' South." She got the role after Nicholson met her in the reception room of Paramount's office in New York. The following year, Steenburgen had another lead role in the science-fiction film "Time After Time," in which she starred opposite Malcolm McDowell.

Steenburgen had her greatest critical success yet in 1980, when she played the character of Lynda Dummar in Jonathan Demme's "Melvin and Howard." For her performance, she won the Academy Award for Best Supporting Actress. Steenburgen followed this with performances in Miloš Forman's "Ragtime," Woody Allen's "A Midsummer Night's Sex Comedy," and Martin Ritt's "Cross Creek," in which she portrayed "The Yearling" author Marjorie Kinnan Rawlings. Subsequent credits in the 80s included "One Magic Christmas," "Dead of Winter," "The Whales of August," "End of the Line," "Miss Firecracker," and Ron Howard's "Parenthood."

Steenburgen began the 90s with the science-fiction sequel "Back to the Future Part III," in which she played a school teacher who falls for Doc Brown. She went on to appear in many other high-profile films throughout the decade, including "What's Eating Gilbert Grape," "Philadelphia," "It Runs in the Family," "Powder," and "Nixon." In the lattermost film, she portrayed the mother of US president Richard Nixon. Steenburgen's credits in the 2000s include "Nobody's Baby," "Life as a House," "I Am Sam," "Sunshine State," "Elf," "Elvis and Anabelle," "The Brave One," "Honeydripper," and "Step Brothers." Among her many other credits are "The Proposal," "Dirty Girl," "The Help," "Song One," "Dean," "Book Club," "Happiest Season," and "Nightmare Alley." 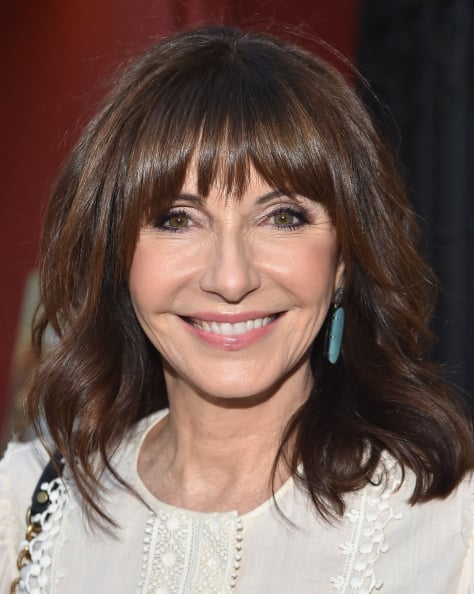 On the small screen, Steenburgen made her debut playing Little Red Riding Hood in a 1983 episode of the fantasy anthology series "Faerie Tale Theatre." Later, from 1991 to 1992, she reprised her role from "Back to the Future Part III" on the "Back to the Future" animated series. From 1996 to 1997, Steenburgen starred opposite her real-life husband Ted Danson on the CBS sitcom "Ink."

Another significant role came in 2000, when she began appearing on the HBO comedy series "Curb Your Enthusiasm" in a recurring role as herself. Next, Steenburgen had a main role on the fantasy drama series "Joan of Arcadia," playing the mother of Amber Tamblyn's title character. She went on to appear in a number of television films throughout the remainder of the decade, including "It Must Be Love," "Capital City," and "Happiness Isn't Everything."

From 2011 to 2013, Steenburgen played the recurring role of Catherine Newman on the comedy series "Wilfred." Further recurring roles came on the comedies "Bored to Death" and "30 Rock," as well as on the Western crime drama "Justified." Following appearances on "Togetherness" and "Orange is the New Black," Steenburgen began a main role on the Fox comedy series "The Last Man on Earth." Among her other credits are recurring roles on the animated sitcom "Bless the Harts" and the dark comedy "On Becoming a God in Central Florida," and a main role on the musical comedy "Zoey's Extraordinary Playlist."

After undergoing a minor arm surgery in 2007, Steenburgen claimed to begin experiencing music in her head throughout the day and night. Subsequently, she enrolled in music lessons so she could write down what she was hearing. By 2013, Steenburgen had written nearly 50 songs. In addition to collaborating with various musicians from Nashville, she has written songs for movies, including the 2018 British musical drama "Wild Rose." In 2020, Steenburgen signed a publishing deal with Universal Music Publishing Group.

Beyond her many accolades for film and television, Steenburgen has received some honorary doctorate degrees from different institutions. In 1989, she received one such degree from her alma mater Hendrix College. She received another in 2006 from Lyon College in Batesville, Arkansas.

Mary has been married twice, her first husband was fellow actor Malcolm McDowell whom she met on the set of the film Time After Time in 1979, they married in 1980 and had two children. They divorced in 1990 and she married another actor Ted Danson on October 7, 1995. She is a close friend of former Secretary of State and former Senator Hillary Clinton. Steenburgen, who is an alumna of Hendrix College, was awarded an honorary doctorate in 1989. She also received an honorary Doctor of Humane Letters degree in 2006 from Lyon College in Batesville, Arkansas.

Ted and Mary own a number of properties around the country, primarily in the Los Angeles area. In June 2019 they sold a nine-acre property in Ojai, California for $8.75 million. Ted and Mary bought the house in 2005 through a trust for $4.5 million. They own a different home in Ojai which they bought in 2017 for $2.4 million.

In 2014 they spent $3.5 million on a home in Santa Monica, California and then in January 2019 they bought the property next door for $5.2 million to create a large private compound. They also own a small cottage in Nashville and a six-acre multi-residence spread on Martha's Vineyard. 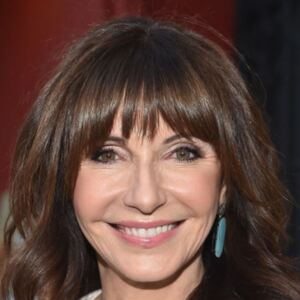