She was known as "Little Mary", "American's Sweetheart", and "the girl with the curls". Pickford was known as one of the Canadian pioneers in early Hollywood. She was named 24th by the American Film Institute of the greatest female stars of all time. Mary had over 250 acting credits to her name. Her first credited roles came in 1909 and she starred in many shorts over the next few years. Pickford starred in 52 feature films. In 1916 she signed a record breaking contract of $10,000 a week for a salary. She won an Academy Award for Best Actress in a Leading Role for Coquette in 1980 and also won an Honorary Academy Award in 1976. Pickford was awarded a Star on the Hollywood Walk of Fame at 6280 Hollywood Blvd in 1960. Mary Pickford passed away on May 29, 1979 from a cerebral hemorrhage at 87 years old. 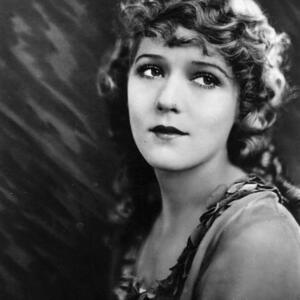