How much is Mary Mouser Worth?

Mary Mouser net worth: Mary Mouser is an American actress who has a net worth of $2 million. She is best known for starring as Lacey Fleming on the television series Body of Proof.

Mary Mouser was born in Pine Bluff, Arkansas in May 1996. She has provided voicework for movies and TV series including Pom Poki, Son of the Mask, Me, Eloise, Dragon Hunters, Delgo, Bride Wars, The Hole, and more. Mouser starred as Mia Weller on the television series Life Is Wild from 2007 to 2008. From 2011 to 2013 she starred as Lacey Fleming on the TV series Body of Proof. In 2018 she began starring as Samantha LaRusso on the series Cobra Kai. Mary Mouser has appeared in films including Ball Don't Lie, Medeas, Field of Lost Shoes, and Alexander and the Terrible, Horrible, No Good, Very Bad Day. In 2008 she was nominated for Young Artist Awards for A Stranger's Heart and Life Is Wild. 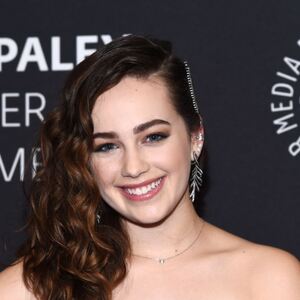