Mary McDonnell net worth and salary: Mary McDonnell is an American actress who has a net worth of $12 million dollars. Over a career that has spanned 40+ years, Mary has earned accolades for her work on the big and small screen. As of this writing she has been nominated for two Academy Awards. Her first nomination came thanks to her appearance in 1991's "Dances with Wolves".

Born in Wilkes-Barre, Pennsylvania, Mary McDonnell grew up in upstate New York. She graduated from the State University of New York at Fredonia, and went on to join the Long Wharf Theatre Company. She remained with Long Wharf for twenty years, and appeared in multiple theater productions with other companies, as well. She won an Obie Award for her work in "Still Life" in 1980, and appeared on Broadway in productions of "The Heidi Chronicles", "Summer and Smoke", and "The Execution of Justice". Beginning in the early 80s, she appeared in guest starring or recurring roles on such television programs as "As the World Turns", "E/R", and "Matewan". In 1990, she won the part that would make her a household name, as Stands with a Fist, in the award winning film, "Dances with Wolves". She received an Oscar-nomination for her performance. Since then, she has appeared in such projects as "Passion Fish", "ER", and "Battlestar Galactic". She has received multiple Emmy and Golden Globe nominations, and another Oscar nomination. 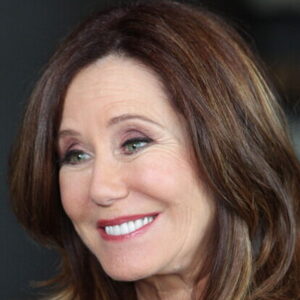