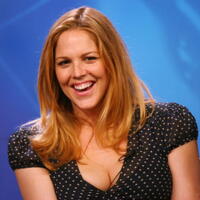 Mary McCormack net worth: Mary McCormack is an American actress who has a net worth of $5 million dollars. Mary McCormack was born in Plainfield, New Jersey, and graduated from Trinity College with a degree in Comparative Arts with a focus on painting and creative writing. She began her professional acting career while she was still in elementary school, appearing in a regional production of "Amahl and the Night Visitors". She continued to appear in theater productions, and then began adding film and television credits to her resume in the mid-90s. Some of her television work includes, "Law & Order", "Murder One", "ER", and "The West Wing". Some of her film credits include, "Miracle on 34th Street", "Deep Impact", "Mystery, Alaska", "Gun Shy", "K-PAX", and "For Your Consideration". She is most widely recognized for her starring role on the series, "In Plain Sight". Most recently, she appeared on the short-lived series, "Welcome to the Family".