What is Mary Lynn Rajskub's Net Worth and Salary?

Mary Lynn Rajskub is an American actress who has a net worth of $3 million. Mary Lynn Rajskub is probably best known for her role as Chloe O'Brian on the television series "24." She was also a main cast member on the HBO sketch comedy series "Mr. Show with Bob and David" in the 90s. Additionally, Rajskub has appeared in numerous films, including "Sweet Home Alabama," "Punch-Drunk Love," "Safety Not Guaranteed," and "The Tomorrow War."

Mary Lynn Rajskub was born on June 22, 1971 in Detroit, Michigan to Betty and Tony. With her two older sisters, she was raised in Trenton. At school, she played clarinet in the band and portrayed the character of Frenchie in the musical "Grease."

Rajskub moved to Los Angeles as a young adult and got a job waiting tables at a Hard Rock Cafe. She also worked as a ticket-taker at a movie theater.

In 1995, Rajskub had her first breakthrough with the HBO sketch comedy series "Mr. Show with Bob and David," on which she appeared as various characters through 1996. This led to a recurring role on another HBO series, "The Larry Sanders Show"; on that series, she played booking assistant Mary Lou Collins through 1998.

Rajskub made guest appearances on a number of shows in the late 90s, including "The Weird Al Show," "Over the Top," "NewsRadio," and "Shasta McNasty." Her next significant role came in 1999, when she began playing the recurring part of Chloe on the NBC sitcom "Veronica's Closet." Rajskub followed this with appearances on "Just Shoot Me!," "Gilmore Girls," and "The King of Queens." She landed her most famous role in 2003, when she started playing CTU systems analyst Chloe O'Brian on the action drama series "24." Rajskub joined the show during its third season, and was so popular with viewers that she became one of the few cast members to return the following season. By the conclusion of "24" in 2010, she was the lead female character on the show.

While she was still on "24," Rajskub appeared in episodes of such shows as "Good Morning, Miami," "The Sketch Show," "Human Giant," "The Middleman," and "Flight of the Conchords." From 2009 to 2018, she had a notable guest role as Gail the Snail on "It's Always Sunny in Philadelphia." During this time, Rajskub made appearances on "Modern Family"; "Raising Hope"; "Dirty Work"; "Grey's Anatomy"; "The Mentalist"; "New Girl"; "Arrested Development"; and "Detroiters," among other shows. She also had recurring roles on "2 Broke Girls," "Californication," and "Brooklyn Nine-Nine." In 2014, Rajskub reprised her role as Chloe O'Brian on the limited sequel series "24: Live Another Day." Two years after that, she had a main role in the first season of the anthology series "The Girlfriend Experience." Rajskub's other credits have included episodes of "Those Who Can't," "Dream Corp LLC," and "Criminal Minds." 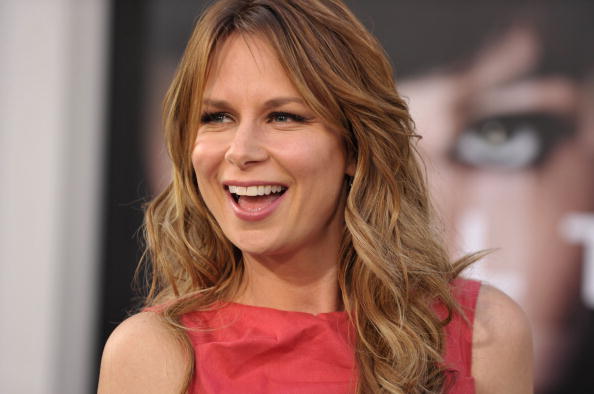 In 1996, Rajskub made her debut on the big screen with an uncredited role in Steve Buscemi's independent feature "Trees Lounge." The next year, she appeared in the comedy "Who's the Caboose?" Subsequent credits were the mockumentary "The Thin Pink Line" and the biographical dramedy "Man on the Moon." In 2000, Rajskub was in three comedy films: "Road Trip," "Dude, Where's My Car?," and "Sunset Strip." She was subsequently in "Storytelling" and "The Anniversary Party." Rajskub next appeared in Paul Thomas Anderson's "Punch-Drunk Love" and the hit romcom "Sweet Home Alabama," both released in 2002. She followed this with an eclectic mix of films, including the comedy sequel "Legally Blonde 2: Red, White & Blonde"; the horror thriller "Claustrophobia"; the coming-of-age drama "Mysterious Skin"; the action thriller "Firewall"; and the road dramedy "Little Miss Sunshine."

In 2008, Rajskub appeared alongside Emily Blunt, Amy Adams, and Alan Arkin in "Sunshine Cleaning." Following this, she appeared alongside Amy Adams again in the biographical dramedy "Julie & Julia." Rajskub went on to act in a string of independent films, including "Safety Not Guaranteed," "The Kings of Summer," "Sex, Death and Bowling," "Wilson," and "In Search of Fellini." In 2018, she was in Bob Saget's dark comedy "Benjamin," the first film distributed exclusively by Redbox. The same year, she had a supporting role in the buddy comedy "Night School." Rajskub's later credits have included "Dinner in America," "Hero Mode," "The Tomorrow War," "Please Baby Please," and "Killing Daniel."

In 2009, Rajskub married personal trainer Matthew Rolph, whom she first met when he came up to her after one of her stand-up comedy sets. The couple had a son in 2008 prior to their marriage. They eventually divorced in 2019. Rajskub identifies as bisexual, and has discussed her relationships with women on AfterEllen.com. 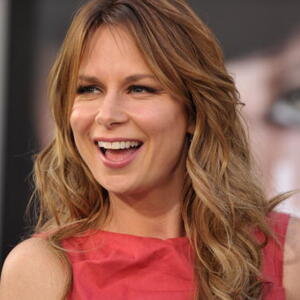