Mary Kay Place net worth: Mary Kay Place is an American actress, singer, director, and screenwriter who has a net worth of $8 million. Mary Kay Place was born in Tulsa, Oklahoma in September 1947. She has more than 125 acting credits to her name and is best known for starring as Loretta Haggers in the television series Mary Hartman, Mary Hartman from 1976 to 1977. From 2006 to 2011 Place starred as Adaleen Grant in the TV series Big Love and in 2016 she starred as Marilyn Bamford in the series Lady Dynamite. Place has had recurring roles in the TV series My So-Called Life, The West Wing, The Minor Accomplishments of Jackie Woodman, 12 Miles of Bad Road, Bored to Death, and Getting On. She has starred in many films including Private Benjamin, The Big Chill, Captain Ron, and The Rainmaker. Place won a Primetime Emmy Award in 1977 for Mary Hartman, Mary Hartman. As a singer she released the album Tonite! At the Capri Lounge Loretta Haggers in 1976 which reached #6 on the US Country chart. It featured the single "Baby Boy" which reached #3 on the US Country chart. 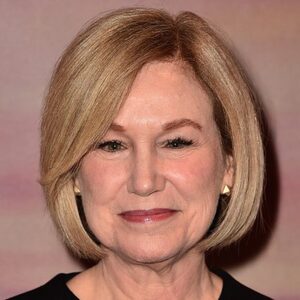