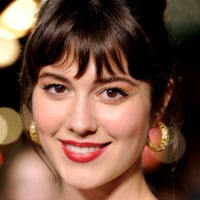 What Is Mary Elizabeth Winstead's Net Worth?

Mary Elizabeth Winstead was born on November 28, 1984, in Rocky Mount, North Carolina. She is the daughter of James Ronald Winstead and Betty Lou Knight, and she has four older siblings. The family relocated to Sandy, Utah, when Mary was 5 years old, and she took advanced classes at Peruvian Park Elementary. Winstead attended a summer program at Chicago's Joffrey Ballet, and she was a member of the International Children's Choir. Though she wanted to pursue a ballet career, Mary had to give it up as a teenager because of her height. Winstead told "Radio Free Entertainment" in 2006, "I realized pretty early on that I was already too tall by the time I was 13. You know, your body has to stay that way for your entire life, and it's pretty hard on your muscles and your bones." She decided to try acting, and she soon appeared in the musical "Joseph and the Amazing Technicolor Dreamcoat" alongside Donny Osmond.

Mary made her TV debut with an uncredited role in a 1997 episode of "Touched by an Angel," then she guest-starred on "Promised Land" (1998) and appeared in the TV movie "The Long Road Home" (1999). From 1999 to 2000, she played Jessica Bennett on the soap opera "Passions," and she starred as Sophia Donner on the supernatural drama "Wolf Lake" from 2001 to 2002. Winstead appeared in the TV movies "Then Came Jones" (2003) and "Monster Island" (2004), and her first feature film was the 2005 supernatural horror movie "The Ring Two." That year she also appeared in the films "Checking Out" and "Sky High," and in 2006, she starred in the horror movies "Final Destination 3" and "Black Christmas" and portrayed Ingrid Superstar in "Factory Girl." She played Susan Taylor in the 2006 Emilio Estevez-directed drama "Bobby," which earned a Golden Globe nomination for Best Motion Picture — Drama. In 2007, Mary appeared in Quentin Tarantino's "Death Proof" and played Lucy Gennero-McClane, the daughter of Bruce Willis' John McClane in "Live Free or Die Hard," which grossed $388.2 million at the box office. She reprised her role in 2013's "A Good Day to Die Hard," which brought in $304.7 million. In 2008, Winstead starred in the dance film "Make It Happen." 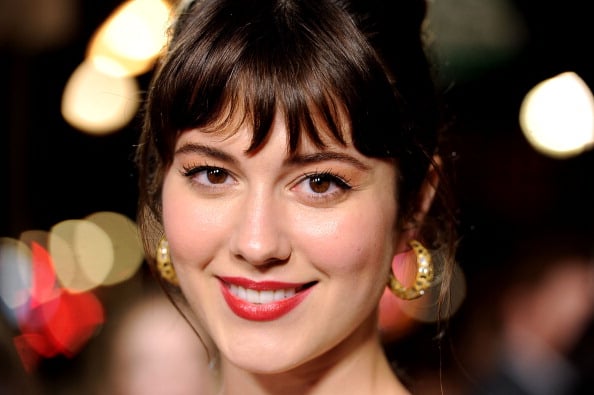 From 2016 to 2017, Mary portrayed real-life nurse Mary Phinney on the Civil War medical drama "Mercy Street," and in 2017, she played Nikki Swango in the third season of the FX series "Fargo." Winstead received critical acclaim for her performance as  stand-up comic Nina Geld in 2018's "All About Nina," then she appeared in 2019's "Gemini Man" and "The Parts You Lose." In 2020, she played Helena Bertinelli / The Huntress in "Birds of Prey" alongside Margot Robbie, Jurnee Smollett-Bell, and Rosie Perez. In 2021, she starred in the title role in the action thriller "Kate," and in January 2022, it was announced that she had been cast on the Disney+ "Star Wars" series "Ahsoka."

Mary met filmmaker Riley Stearns on a cruise when she was 18, and they married on October 9, 2010. Stearns directed Winstead in the 2014 film "Faults," which Mary also produced. Winstead and Stearns divorced in 2017, and in October of that year, it was reported that she had begun a relationship her "Fargo" co-star Ewan McGregor. Mary and Ewan welcomed son Laurie on June 27, 2021, and they married on April 23, 2022.

Winstead has earned two Saturn Award nominations from the Academy of Science Fiction, Fantasy & Horror Films, winning Best Actress for "10 Cloverfield Lane" in 2017. Her other nomination was for Best Actress on Television for "Fargo" (2018). Mary also earned an iHorror Award for Best Actress – Horror Film for "10 Cloverfield Lane," and she received nominations from the BloodGuts UK Horror Awards, Fright Meter Awards, and Golden Schmoes Awards. In 2013, she won the Shining Star Award for Best Actress for "Smashed" at the Dallas International Film Festival, and in 2018, the Newport Beach Film Festival honored her with the Icon Award. In 2006, Winstead and her "Bobby" castmates shared a Hollywood Film Award for Ensemble of the Year, and in 2013, "The Beauty Inside," a web series she starred on alongside Topher Grace and Matthew Gray Gubler, won a Daytime Emmy for Outstanding New Approaches – Original Daytime Program or Series. For "Smashed," Mary earned an Independent Spirit Award for Best Female Lead, a North Carolina Film Critics Association Award for Best Actress, and a Phoenix Film Critics Society Award for Best Actress in a Leading Role. In 2000, Winstead received a YoungStar Award nomination for Best Young Actress/Performance in a Daytime TV Series for "Passions," and the series earned her a Young Artist Award nomination for Best Performance in a Daytime TV Series – Young Actress in 2001.