Mary Elizabeth Mastrantonio Net Worth: Mary Elizabeth Mastrantonio is an American songstress, actress, and all-round entertainer who has a net worth of $2 million. She is perhaps best known for her breakout role in Scarface, the famous 1983 Brian De Palma movie, as well as her Academy Award and Golden Globe nomination- winning portrayal of Carmen in the 1986 movie, The Color of Money, in which she starred opposite Tom Cruise and Paul Newman.

Mastrantonio was born on November 17, 1958 in Lombard, Illinois to parents who were both of Italian descent. Her parents were the owners of a bronze foundry in Oak Park, Illinois, where Mary was raised and would later attend the University of Illinois.

Mastrantonio has also graced the stage in various Broadways musicals like West Side Story, The Human Comedy, David Copperfield, The Human Comedy, and 2002's remaking of Man of La Mancha. Her stage performances in New York City and elsewhere have seen her nominated once for a Tony Award and twice garner a Drama Desk Award nomination. Has also had recurring stints on television shows like Without a Trace and Law & Order: Criminal Intent.
Besides being a versatile entertainer, Mary is also a savvy business woman who has minted a small fortune from shrewd stock trading, a substantial real estate portfolio, and lucrative product endorsement deals with famous brands like Cover Girl cosmetics. She has also invested in several profitable restaurants, the Lombard Angels football team, her own vodka brand, and even a perfume and fashion line targeted at teenagers. Since 1990, she has been married Pat O'Connor, the former January Man director and the couple has been blessed with 2 sons. 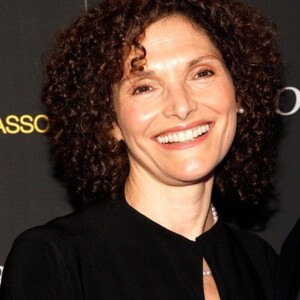