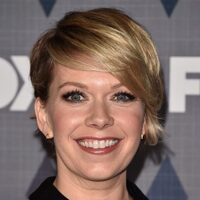 Mary Elizabeth Ellis net worth: Mary Elizabeth Ellis is an American actress who has a net worth of $30 million. That is a combined net worth with her husband Charlie Day. Mary Elizabeth Ellis was born in Laurel, Mississippi in May 1979. From 2010 to 2011 she starred as Amy in the television series Perfect Couples. Ellis had a recurring role as Caroline on the TV series New Girl from 2011 to 2014. One of her best known roles came starring as Waitress on the series It's Always Sunny in Philadelphia since 2005. She has also starred as Debbie Sanderson on the television series The Grinder from 2015 to 2016. Ellis has starred in the films A Quiet Little Marriage in 2008 which she also co-wrote, The Truth About Lies in 2015, and Masterminds in 2016. She has also appeared in episodes of the TV series Reno 911!, House, Without a Trace, Cold Case, Brooklyn Nine-Nine, and Drunk History. From 2017-2019 she starred in the Netflix series Santa Clarita Diet. She has been married to Charlie Day since 2006. They have one child together, a son who was born in 2011.