She first appeared on the TV series Be Out Guest in 1960 and made her feature film debut in the 1964 movie The Swinging Set. From 1963 to 1965 she had a recurring role in the series Burke's Law. Mobley had recurring roles on the TV series Perry Mason, Mission: Impossible, Run for Your Life, The Sixth Sense, Love, American Style, Walt Disney's Wonderful World of Color, Fantasy Island, The Love Boat, Diff'rent Strokes, and Falcon Crest. She also starred in the movies Get Yourself a College Girl, Girl Happy, Harum Scarum, Young Dillinger, Three on a Couch, and For Singles Only. In 1965 she won a Golden Globe Award for Most Promising Newcomer – Female. In 1966 she was awarded the Outstanding Young Woman of the Year Award by Lady Bird Johnson. Mary Ann Mobley passed away on December 9, 2014 at 77 years old from breast cancer. 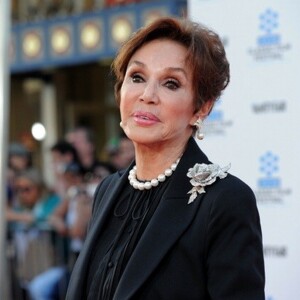