Marton Csokas net worth: Marton Csokas is a New Zealand actor who has a net worth of $4 million. Marton Csokas was born in Invercargill, Southland, New Zealand in June 1966. Csokas first appeared on the television series Shark in the Park in 1990. From 1997 to 2001 he had a recurring role as Borias on the TV series Xena: Warrior Princess.

In 2013 he starred as Jimmy Laszlo in the series Rogue and in 2014 as The Superintendent in the series Klondike. Csokas is scheduled to star as General Thomas Gage in the upcoming TV mini-series Sons of Liberty. He starred as Celeborn in the movies The Lord of the Rings: The Fellowship of the Ring in 2001 and The Lord of the Rings: The Return of the King in 2003. Csokas has also starred in the movies Broken English, Jack Brown, Chicken, Hurrah, The Monkey's Mask, Rain, xXx, Garage Days, Kangaroo Jack, Timeline, Evilenko, The Bourne Supremacy, Asylum, Kingdom of Heaven, The Great Raid, Aeon Flux, Romulus, My Father, Alice in Wonderland, The Tree, South Solitary, With Love… from the Age of Reason, The Debt, Dream House, Dead Europe, Abraham Lincoln: Vampire Hunter, Pawn, Noah, The Amazing Spider-Man 2, Sin City: A Dame to Kill For, and The Equalizer. 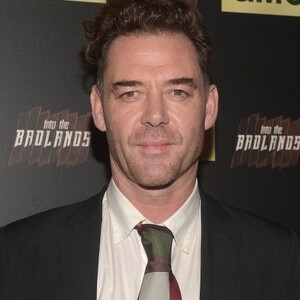