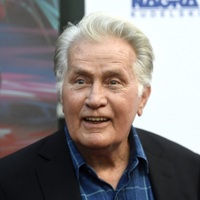 What is Martin Sheen's net worth and salary?

Martin Sheen is an American actor who has a net worth of $60 million. An award-winning actor for both his film and television work, Martin Sheen first became widely recognized for his BAFTA-nominated role in "Apocalypse Now". He is also well known for his role as President Josiah Bartlet on "The West Wing."

Martin Sheen was born Ramon Antonio Gerardo Estevez in Dayton, Ohio on August 3, 1940. He adopted the screen name of Martin Sheen but did not change his name legally. Sheen grew up for a time on the island of Bermuda due to his father's work as a machinery inspector at the National Cash Register Company. Sheen contracted polio as a child and had to be bedridden for a year. Sheen's mother died when he was eleven years old. Sheen was drawn to acting at a young age but his father disapproved of his career choice. Despite the opposition, Sheen deliberately failed his entrance exam for the University of Dayton and borrowed money from a Catholic priest to fund his move to New York City in his early twenties to pursue an acting career.

Sheen developed a theatre company with other actors in the hope that putting on a production would gain him attention. In 1963, Sheen made an appearance on the television science fiction series "The Outer Limits." By 1964, he had gained a co-starring role in the Broadway play "The Subject was Roses." He would go on in 1968 to reprise his role in a film of the same name, which earned him a Golden Globe nomination for Best Supporting Actor. In 1966, Sheen starred in the television production "Ten Blocks on the Camino Real", an adaptation of the Tennessee Williams play "Camino Real." In the early '70s, Sheen worked as a guest star on a number of popular TV shows including "My Three Sons," "Hawaii Five-O", "Mod Squad," and several others.
In 1972, Sheen co-starred in the Emmy winning TV film "That Certain Summer." The film was controversial for the time and was said to be the first TV movie in America to portray homosexuality in a positive light. Sheen's next important film role came in 1973 when he starred with Sissy Spacek as an antisocial serial killer in the crime drama "Badlands." Sheen portrayed a hot rod driver in 1974's TV movie "The California Kid." That same year, Sheen got an Emmy Award nomination for Best Actor in a Television Drama for his portrayal of Eddie Slovik in "The Execution of Private Slovik." He was then cast in Francis Ford Coppola's in 1979 film "Apocalypse Now." This was Sheen's big breakthrough and he quickly gained wide recognition. The movie was set in a Phillippine jungle during Typhoon season and it was physically grueling; coupled with Sheen's heavy drinking at the time, he has admitted he struggled through filming. Twelve months into filming, he suffered a minor heart attack. During his recovery his younger brother Joe Estevez stood in for him for a number of long shots. 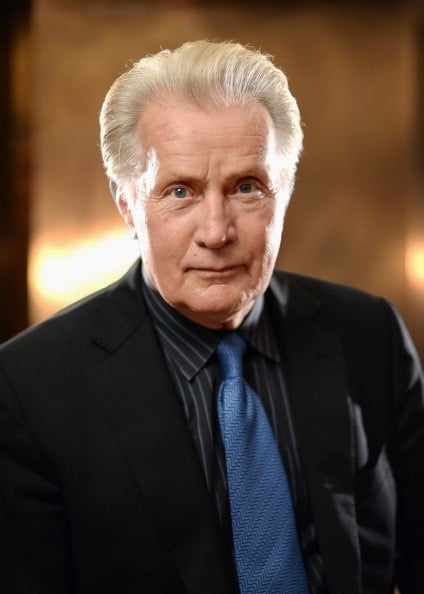 In 1979, Sheen starred in "The Final Countdown" with Kirk Douglas. From 1999-2006, Sheen starred as Democratic President Josiah "Jed" Bartlet in the acclaimed Aaron Sorkin-led drama "The West Wing." The epic series won 26 Emmy Awards and catapulted Sheen into further fame. Sheen himself received 6 Emmy nominations for Outstanding Lead Actor. In November 2010, Sheen was cast in Sony's 2012 reboot of the "Spider-man" film series. Sheen also appeared in Martin Scorsese's "The Departed" alongside Leonardo Dicaprio.

Beginning in 2015 he starred as Robert on the television series "Grace and Frankie." Sheen also starred as Martin Goodson on the TV series Anger Management from 2012 to 2014. He has starred in many other films including Catch Me if You Can, Seeking a Friend for the End of the World, Selma, Trash, The Vessel, Popstar: Never Stop Never Stopping, Rules Don't Apply, and more. Sheen has also narrated many documentaries.

Martin Sheen has over 300 acting credits to his name, but has never been nominated for an Academy Award. His role on "The West Wing" won him two Screen Actors Guild and a Golden Globe Award. He also has won an Emmy for a guest-starring role on "Murphy Brown." Martin cites James Dean as a big influence. 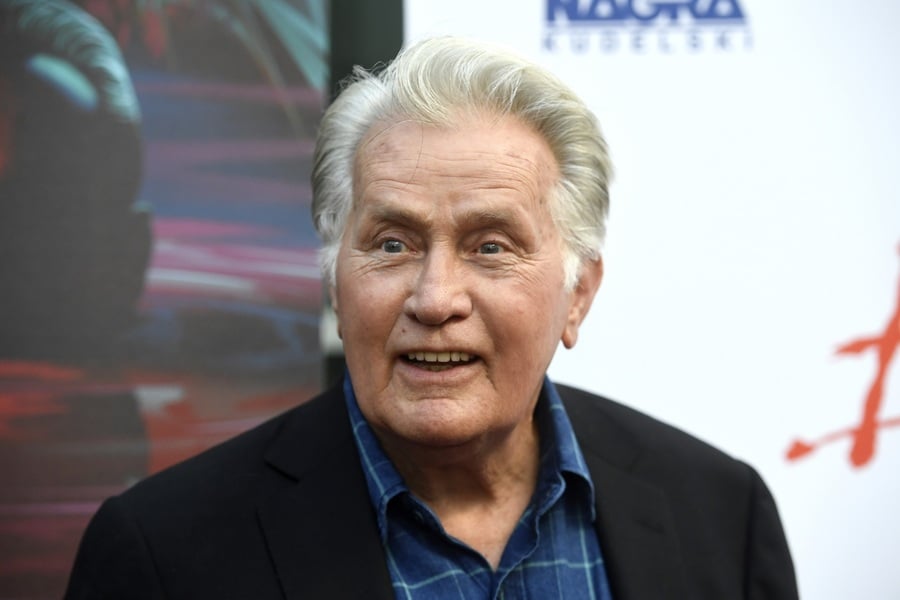 He married Janet Templeton in 1961 and together they had four children including actors Charlie Sheen and Emilio Estevez. Martin and his wife Janet have several homes, most notably a property in Santa Monica, California and another in nearby Malibu. The Malibu house was nearly destroyed in a fire in late 2018.

Martin is known for his political activism and turned down a chance to run for United States Senate in Ohio. He is a self described pacifist who is publicly outspoken about left-leaning causes such as opposition to military actions. Martin is an honorary trustee of the Dayton International Peace Museum. In 1965, he supported the farmworker's movement in Delano, California, endorsing marches and walkouts called by the activist group By Any Means Necessary. Sheen reprised that support in the large scale immigration marches in Los Angeles in 2006 and 2007. He has stated that he has been arrested 66 times for protesting and acts of civil disobedience. Sheen is part of the environmentalist group Earth First!, as well as supporting Feed the Children, The We Are Silent campaign, and Help Darfur Now. Sheen decided to further his education after the filming of "The West Wing." He began his full-time studies in the autumn of 2006 at the National University of Ireland in Galway. He completed one semester and then left, but still has ties and relationships with the school.