Martin Mull Net Worth and Salary: Martin Mull is an American actor who has a net worth of $8 million. Martin Mull was born August 18, 1943 in Chicago, Illinois. While still a student and struggling artist, Martin began writing songs and performing. He started as part of a group called Soop and he performed on one album called In the Soop.

Subsequent albums were under his own name, although Soop's pianist Ed Wise continued to perform with Mull. His break into acting came when Norman Lear offered him a role on the soap opera parody Mary Hartman, Mary Hartman in the late '70s. After this character was killed off (followed quickly by the assassination of the Mary Hartman show itself because star Louise Lasser burned herself out), Lear cast him in another parody, Fernwood 2Night, which poked fun at small-town talk shows. This was set in Fernwood, Ohio, the fictional home of Mary Hartman. For the second season, the show was renamed America 2Night. The locale was changed to a small town near Los Angeles so that big stars could appear on the show from time to time. After America 2Night, Martin appeared in numerous movies such as My Bodyguard, Mr. Mom, Mrs. Doubtfire, Killers and others, and had a recurring role on the television series Roseanne. He went on to appear as the school principal on the television series Sabrina, the Teenage Witch. His real love was, and is, his painting. Over the years, if he got some extra money from his acting or singing/songwriting, it was just more money to buy "more tubes of paint" than anything else. Throughout the '70s Mull did experience some mild success in the music industry, performing satirical songs both live and in recordings. Some notable gigs being opening for Randy Newman, Frank Zappa and Bruce Springsteen. 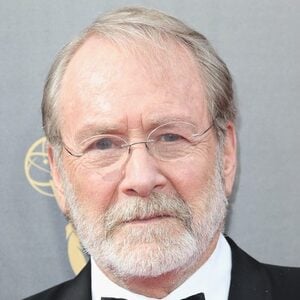