Martin Landau Net Worth and salary: Martin Landau was an American actor who had a net worth of $10 million at the time of his death in 2017. Martin Landau was born in Brooklyn, New York in June 1928. He started as a cartoonist but later quit for theater acting. He attended the Actors Studio and became close friends with James Dean.

He debuted on Broadway in 1957 and appeared in Alfred Hitchcock's film North by Northwest in 1959. Landau starred in the TV series Mission: Impossible from 1966 to 1969. From 1975 to 1977 he starred as Commander John Koenig in the series Space: 1999. He has starred in the movies Cleopatra, Treasure Island, and Tucker: The Man and His Dream for which he won a Golden Globe Award for Best Supporting Actor – Motion Picture and was nominated for an Academy Award for Best Supporting Actor. He was nominated for another Academy Award for Best Supporting Actor for 1989's Crimes and Misdemeanors. For his role of Bela Lugosi in 1994's Ed Wood Landau won 14 awards including an Academy Award, Golden Globe, and Screen Actors Guild Award. For his role on Mission: Impossible he won a Golden Globe and was nominated for a Primetime Emmy Award. He was awarded a Star on the Hollywood Walk of Fame in 2001 at 6841 Hollywood Blvd. Martin Landau died on July 15, 2017 at the age of 89. 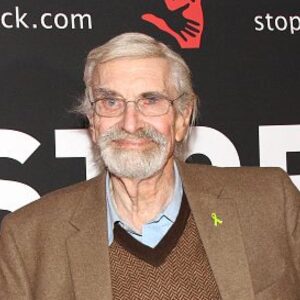