Martin Kove net worth: Martin Kove is an American actor who has a net worth of $2 million. Martin Kove is best-known for playing John Kreese in the "Karate Kid" universe. He appeared in the first three films and reprised the role in the television series "Cobra Kai." In 2019 he parodied his John Kreese character in ad for QuickBooks.

Martin Kove was born in Brooklyn, New York in March 1947. He has more than 200 acting credits to his name. In 1977 he starred as George Baker in the television series Code R. Kove starred as Victor Isbecki in the TV series Cagney & Lacey from 1981 to 1988. In 1989 he starred as Jesse on the series Hard Time on Planet Earth. He has starred in several movies including The Last House on the Left, Cops and Robbers, Capone, Seven, The Karate Kid, Rambo: First Blood Part II, The Karate Kid, Part II, Steele Justice, The Karate Kid, Part III, Wyatt Earp, The Expendables and more. Kove has also apepraed in episodes of the TV series Gunsmoke, Kojak, The Incredible Hulk, Kung Fu: The Legend Continues, Renegade, Walker, Texas Ranger, Diagnosis Murder, Criminal Minds, and The Goldbergs. 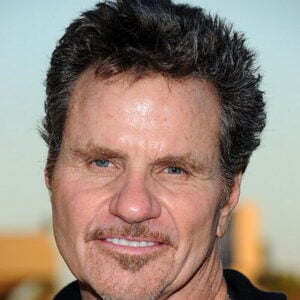