Martha Quinn Net Worth: Martha Quinn is an American television and radio personality who has a net worth of $4 million. Quinn is best known for being one of the original video jockeys of MTV.

Martha Quinn was born in Albany, New York in May 1959. Martha graduated from New York University in 1981. Quinn auditioned for MTV on the last day of auditions. While at NYU she appeared in TV commercials for Clearasil, Campbell's Soup, Country Time Lemonade, and she was McDonald's first Chicken McNuggets girl. She also worked at college radio station WNYU. Quinn was an MTV VJ from 1981 to 1984. She was voted MTV's Best-Ever VJ by readings of Rolling Stone. As an actress Quinn first appeared in the TV series Fame in 1987 and the film Tapeheads in 1988. She had recurring roles in the television series The Bradys, Full House, and The Weird Al Show. Quinn also starred in the movies Dead Heat, Dangerous Curves, Eddie and the Cruisers II: Eddie Lives!, Chopper Chicks in Zombietown, Problem Child 2, and Motorama. She won a CableACE Award for Music Host in 1985. Martha joined Sirius Satellite Radio in 2005 and has hosted shows for the network. 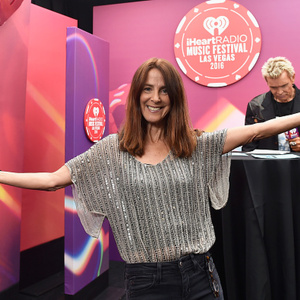