Martha MacIsaac Net Worth: Martha MacIsaac is a Canadian actress who has a net worth of $500 thousand dollars. Martha MacIsaac was born in Charlottetown, Prince Edward Island, Canada in October 1984. She is best known for her role as Becca in the 2007 movie Superbad. Martha has appeared in many plays and was nominated for a Dora Mavor Moore Award for playing Hedwig in The Wild Duck.

Her debut TV role came starring as Emily Byrd Starr in the series Emily of New Moon from 1998 to 2000. Her film debut came in the 2005 movie Ice Princess. One of her best known roles came starring as Becca in the 2007 comedy film Superbad. From 2006 to 2008 MacIsaac starred as the voice of Melosa in the television series Di-Gata Defenders. She starred as Edyn in the TV series Magi-Nation from 2007 to 2008. Martha voiced the role of Sarah in the series Friends and Heroes in 2008. From 2010 to 2011 she starred as Dana Stockwell in the TV series Greek. From 2012 to 2013 she starred as Becca Gilchrist in the series 1600 Penn. She also starred as Page in the 2009 movie The last House on the Left and has starred in the films The Thaw, Faith, Fraud & Minimum Wage, For a Good Time, Call…, and Dead Before Dawn. She won a Rising Star Award at the Gasparilla International Film Festival in 2014. 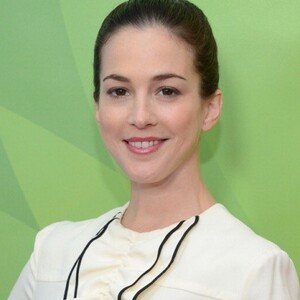