Marsha Mason net worth: Marsha Mason is an American actress and director who has a net worth of $10 million. She is a four-time Academy Award nominee and a two-time Golden Globe winner. Her first role was in Hot Rod Hullabaloo in 1966, and she received four Academy Award nominations for Best Actress because of her performances in Cinderella Liberty, The Goodbye Girl, Chapter Two, and Only When I Laugh.

She also starred in The Cheap Detective, Max Dugan Returns, Heartbreak Ridge, Stella, and Drop Dead Fred. Mason's television career includes work on the soap opera Love of Life, and she received an Emmy nomination for her recurring role in the sitcom, Frasier. Mason also had a lucrative career in theatre appearing in Cactus Flower (1968), The Night of the Iguana (1996), Impressionism (2005), and Steel Magnolias (2009). Mason was born on April 3, 1942 in St. Louis, Missouri. She was married for 10 years to playwright and screenwriter, Neil Simon, who she worked with on several occasions. In her most recent work, Mason was cast as Patricia Heaton's mother in the ABC comedy series, The Middle. She also has a star on the St. Louis Walk of Fame. 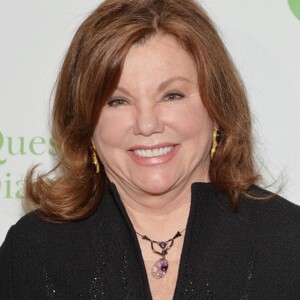