Marlon Brando Net Worth: Marlon Brando was an American actor, director, and activist who had a net worth of $100 million dollars at the time of his death. That's the same as around $130 million in today's dollars. At the time of his death, Brando's liquid assets were worth $23 million. That number did not include a variety of assets including his private island and other real estate.

Brando began his acting career onstage, finding success on Broadway shortly after moving to New York and being named "Most Promising Young Actor" by the New York Drama Critics Awards. He originated the role of Stanley Kowalski in "A Streetcar Named Desire" on Broadway and earned an Oscar nomination when he reprised the role in the 1951 film. Considered one of the 20th century's most influential actors, Marlon appeared in dozens of films before his death in 2004, including "On the Waterfront" (1954), "Last Tango in Paris" (1972), and "Apocalypse Now" (1979), and he was reportedly the first actor to be paid $1 million for a film (1962's "Mutiny on the Bounty"). Earning $1 million in 1972 is the same as around $6 million in today's dollars.

In 1973, Brando won an Academy Award for his performance as Vito Corleone in "The Godfather," but he refused it, boycotting the ceremony and sending Sacheen Littlefeather, president of the National Native American Affirmative Image Committee, in his place to state that Marlon did not agree with the way the film industry treated American Indians. Brando won more than 30 awards for his film work, and though his career eventually slowed due to a reputation for being difficult to work with, his estate still earns approximately $9 million per year.

Early Life: Marlon Brando was born Marlon Brando Jr. on April 3, 1924, in Omaha, Nebraska. He grew up in Evanston, Illinois, with mother Dorothy (an actress), father Marlon (a chemical feed and pesticide manufacturer), and older sisters Jocelyn and Frances. Both of his parents were alcoholics, and when they separated in 1935, Dorothy and the children relocated to Santa Ana, California; two years later, Dorothy and Marlon reconciled and moved the family to a farm in Libertyville, Illinois. As a teenager, Brando was an usher at a movie theater, and after being expelled from Libertyville High School, his parents sent him to Minnesota's Shattuck Military Academy; he was also expelled from that school and later dropped out and moved to New York, where both of his sisters were living. Marlon enrolled at the American Theatre Wing Professional School and studied with Stella Adler. 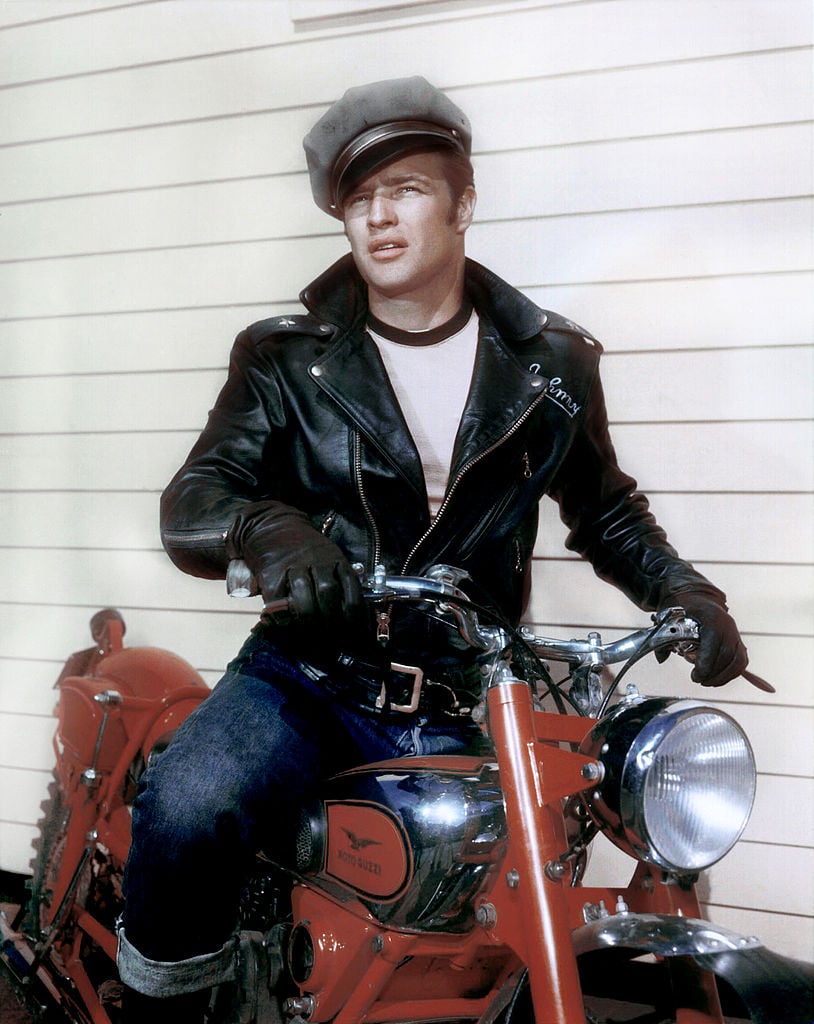 Personal Life: Marlon reportedly had relationships with several actresses, including Marilyn Monroe, Reiko Sato, Dorothy Kilgallen, Katy Jurado, and Rita Moreno, and he said in a 1976 interview that he had "homosexual experiences" as well. He wed actress Anna Kashfi on October 11, 1957, and they welcomed son Christian on May 11, 1958. After divorcing in 1959, Brando won custody of his son; in 1991, Christian went to prison for murdering his half-sister Cheyenne's boyfriend, and he died of pneumonia in 2008. Marlon married actress Movita Castaneda on June 4, 1960, and they had two children, Miko (born February 26, 1961) and Rebecca (born June 17, 1966) before the 8-year marriage was annulled due to the fact that Movita hadn't legally divorced her first husband.

Brando wed actress Tarita Teriipaia on August 10, 1962, and son Simon was born in 1963, followed by daughter Tarita (better known as Cheyenne) in 1970; sadly, Cheyenne struggled with depression and drug abuse after the murder of her boyfriend, and she died by suicide in 1995. Though Marlon and Tarita divorced in 1972, Marlon adopted Teriipaia's daughter, Maimiti, who was born in 1977, as well as her niece, Raiatua, who was born in 1982. Brando also had three children with Maria Cristina Ruiz, his housekeeper: Ninna (born in May 1989), Myles (born in January 1992), and Timothy (born in January 1994). Marlon was also the adoptive father of his assistant Caroline Barrett's daughter, Petra.

Death and Estate: Brando passed away from respiratory failure on July 1, 2004, at UCLA Medical Center. He was 80 years old at the time of his death and had been suffering from several conditions, including pulmonary fibrosis, congestive heart failure, diabetes, and a tumor in his liver. Marlon was cremated, and his ashes were scattered in Tahiti and Death Valley, along with the ashes of his friend Wally Cox, whose ashes Brando had secretly kept after Cox's widow asked him to scatter them in 1973. Marlon left an estate worth $21.6 million when he died, not including non-liquid assets and assets in trust, like his private island. He has frequently ranked as one of the world's top-earning deceased celebrities.

Awards and Nominations: In addition to the Academy Award he refused, Brando won for Best Actor for "On the Waterfront" in 1955. He earned Golden Globes for "The Godfather" (which he also refused) and "On the Waterfront" as well as World Film Favorite – Male in 1956, 1973, and 1974. In 1979, Marlon won an Emmy for Outstanding Supporting Actor in a Limited Series or a Special for "Roots: The Next Generations," and he received BAFTA Awards for "On the Waterfront, "Julius Caesar," and "Viva Zapata!" He also won awards from the Cannes Film Festival, Faro Island Film Festival, Jussi Awards, Laurel Awards, Online Film & Television Association, National Society of Film Critics, and New York Film Critics Circle. In 1960, Brando received a star on the Hollywood Walk of Fame.

Real Estate: While many celebrities are known for their lavish homes, Marlon went a step further and actually owned a private island. While filming "Mutiny on the Bounty," he fell in love with Tahitian actress Tarita Teriipaia, and in 1966, four years after marrying Tarita, the Tahitian government granted Brando a 99-year lease to an island called Tetiaroa.

In LA Marlon lived for many years on Mulholland Drive in Beverly Hills. In 1969 Jack Nicholson bought a nearby house. In 2005, Jack bought Marlon's property from the Brando family. The house was in a dilapidated condition. Jack razed the structure and simply extended his lawn. 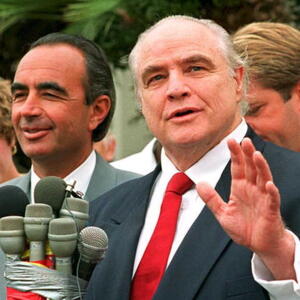