Marla Sokoloff Net Worth: Marla Sokoloff is an American actress and musician who has a net worth of $500 thousand dollars. Marla Sokoloff was born in San Francisco, California in December 1980. She graduated from the Los Angeles County High School for the Arts. Marla made her acting debut at age 12 when she appeared as Gia in the series Full House from 1993 to 1995. Her film debut was uncredited in the 1993 movie So I Married an Axe Murderer. From 1995 to 1996 she played Jody Lynch on the series Party of Five and in 1997 she starred as Gwen Martin in the series Over the Top. Marla starred as Lucy Hatcher in the TV series The Practice from 1998 to 2004. From 2006 to 2007 she starred as Alice in the series Big Day and in 2014 as Dani in the show The Fosters. She starred as Rachel French in the 1995 TV movie Freaky Friday and as Margarite "Cokie" Mason in The Baby-Sitters Club. In the early 2000s Sokoloff starred in Whatever It Takes, Dude, Where's My Car?, and Sugar & Spice. She has also starred in the movies The Tollbooth, Play the Game, and Scents and Sensibility. Marla Sokoloff released her solo debut studio album Grateful in 2006 and formerly sang and played guitar for the band Smittin. Sokoloff was nominated for three Screen Actors Guild Awards for The Practice. Marla married Alec Puro in 2009 and the couple has a daughter together. 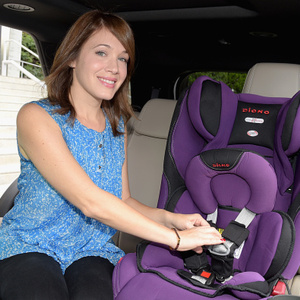