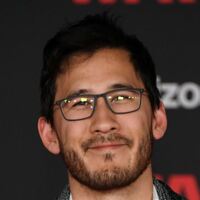 What is Markiplier's Net Worth?

Markiplier is an American actor, writer, producer, director, and YouTube personality who has a net worth of $35 million. He is one of the highest-paid and most-popular YouTube stars on the planet. Markiplier's YouTube channel has over 30 million subscribers and 17 billion views as of this writing. His channel is in the Top 100 most subscribed channels on YouTube. Markiplier is well known for his comedic gameplay commentary. His specialty is "Let's Play" gameplay commentary videos, which commonly feature survival horror and action video game titles.

He appeared in the 2015 film "Smosh: The Movie," and he starred in, wrote, and directed the 2019 YouTube Premium movie "A Heist With Markiplier." Markiplier launched the fashion brand Cloak with fellow YouTuber Jacksepticeye in 2018. He co-hosts the podcasts "3 Peens in a Podcast" and "Distractible." In 2019, he starred in and co-produced the episodic audio drama "Edge of Sleep."

Markiplier is one of the highest earning personalities on YouTube. Every year he earns between $10 and $20 million from his various social media endeavors. In 2017, he earned $12.5 million, and in 2018, he earned $17.5 million, which was enough to make him the sixth highest-paid YouTube star in the world. In 2019, Markiplier earned $13 million, and in 2020, he earned $20 million, making him the third highest-paid YouTuber in the world. That's more than $60 million in earnings between 2017 and 2020 alone.

Markiplier was born Mark Edward Fischbach on June 28, 1989, in Honolulu, Hawaii. His birth took place at the Tripler Army Medical Center. His parents, Cliffton (who passed away in 2008) and Sunok, met while Cliffton was stationed in Korea during his time in the U.S. Army. The family moved to Cincinnati, Ohio, after Markiplier was born, and he attended Milford High School, where he played trumpet in the marching band. His family was poor during his youth, and Markiplier often jokes about it. After graduation, he enrolled at the University of Cincinnati to study biomedical engineering, but he dropped out to focus on his YouTube career. Markiplier's older brother, Jason, is an artist who created the web comic "Twokinds." 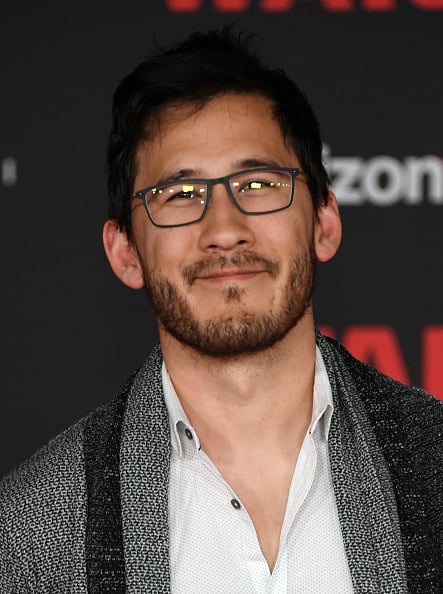 Markiplier joined YouTube in March 2012 and uploaded his first video the following month. He chose the username "Markiplier," a combination of his first name and "multiplier," because he was originally intending to post sketch comedy videos in which he played every character. His first YouTube series was a playthrough of the "Amnesia: The Dark Descent" video game, and after he played several other games on his channel, YouTube banned his AdSense account, leading him to create a new channel, "markiplierGAME," in May 2012. In August 2014, Markiplier began a playthrough of "Five Nights at Freddy's," which went on to garner more than 80 million views, making it his most popular playthrough. He later played other games in the franchise and had a cameo in 2019's "Five Nights at Freddy's AR: Special Delivery." In September 2015, Markiplier appeared on "Jimmy Kimmel Live!" with fellow YouTuber Jenna Mae after Kimmel received backlash over jokes he made about Let's Play videos. In 2015, Markiplier was ranked #6 in a "Variety" list of the most influential celebrities among U.S. teens.

After Markiplier moved to Los Angeles, he lived with Ryan Magee and Daniel Kyre, who created the YouTube channel "Cyndago." He appeared in many of their sketches, and after Kyre died in September 2015, Markiplier went on a temporary hiatus. Markiplier and actress Janet Varney co-hosted the 2015 South by Southwest Gaming Awards, and in 2017, he posted the interactive video "A Date with Markiplier," which was followed by a similar movie, "A Heist with Markiplier," in 2019. In November 2019, he launched the YouTube channel "Unus Annus" with Ethan Nestor (aka CrankGameplays) with the intention of uploading a video every day for a year, then deleting the channel. "Unus Annus" gained one million subscribers within the first five days and garnered more than 11 million views in the first week. In 2016, it was announced that Markiplier would be starring in his own comic book series from Red Giant Entertainment; he had joined the board of the publisher in late 2014. In November 2016, he signed with Endeavor after expressing interest in branching out in other forms of entertainment like music and acting. 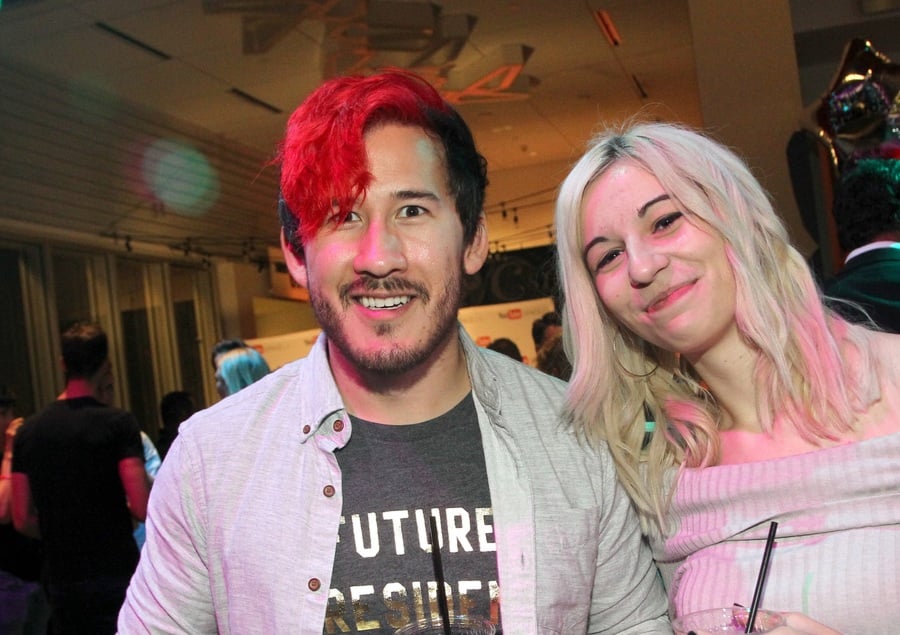 In June 2018, Markiplier's step-niece, 19-year-old Miranda Cracraft, died in a car accident. He created a GoFundMe campaign to cover the funeral costs and raised more than $79,000. Markiplier has taken part in numerous charity fundraisers and livestreams, and in 2017, "Forbes" magazine reported that these events had raised approximately $3 million. In March 2018, he put his  "Tasteful Nudes" Charity Calendar on sale for 48 hours and raised $500,000 for the Cancer Research Institute. Markiplier has described himself as a liberal, and he supports stricter gun control laws, universal health care, and LGBT rights. In 2020, he spoke out against the murder of George Floyd.

Markiplier has been nominated for several Streamy Awards, winning the Purpose Award for Social Good – Creator in 2019 and the Scripted Series award for "A Heist with Markiplier" in 2020. He was named Celebrity of the Year at the 2016 Make-A-Wish Foundation Award Ceremony, and he received the Oliver R. Grace Award for Distinguished Service in Advancing Cancer Research from the Cancer Research Institute in 2020. Markiplier won a Diamond Creator Award/YouTube Creator Reward at the 2016 YouTube Creator Awards, and he earned a Golden Joystick Award for Best Streamer/Broadcaster in 2017. He has also received nominations from the Kids' Choice Awards (Favorite Funny YouTube Creator, 2018), Shorty Awards (Creator of the Decade, 2018), and The Game Awards (Trending Gamer, 2015).

In April 2021, Markiplier paid $4 million for Donald Glover's home in the La Cañada Flintridge area of Los Angeles. The 3,279 square foot home features three bedrooms, floor-to-ceiling windows, a swimming pool, and a cabana. Glover purchased the home for $2.7 million in 2016 and enlisted designer Barbara Bestor to renovate it.