What was Markie Post's Net Worth?

Markie Post was an American actress who had a net worth of $12 million at the time of her death. Markie Post was best known for appearing in "Night Court" and "The Fall Guy." She played bail bondswoman Terri Michaels in "The Fall Guy" from 1982 to 1985. She then plated public defender Christine Sullivan on the NBC sitcom "Night Court" from 1985 to 1992. She played Georgie Anne Lahti Hartman on the CBS sitcom "Hearts Afire" from 1992 to 1995. Markie died on August 7, 2021 at the age of 70 from cancer.

Markie Post was born as Marjorie Armstrong Post on November 4, 1950 in Palo Alto, California as the second of three children of poet Marylee and physicist Richard. She and her siblings were brought up in Stanford and Walnut Creek. In the latter city, Post went to Las Lomas High School. She went on to attend Lewis & Clark College in Portland, Oregon, and then did a brief stint at Pomona College. Post ended up returning to Lewis & Clark, where she obtained her Bachelor of Arts degree.

Before becoming an actress, Post worked behind the scenes on a number of game shows. She started with the production crew of "Split Second," and also served as an associate producer on "Double Dare" and a card dealer on "Card Sharks."

Post began her acting career in 1979 with appearances on multiple shows, including "CHiPs," "Barnaby Jones," "Buck Rogers in the 25th Century," and "Hart to Hart." In the early 80s, she was in episodes of "B.J. and the Bear," "Eight is Enough," "Simon & Simon," and "The Love Boat," among other shows. Post also appeared in the miniseries "The Gangster Chronicles" and the television film "Massarati and the Brain." In 1982, she landed her first main role on a regular series, playing Terri Michaels on ABC's "The Fall Guy." During her time on that show through 1985, Post made appearances on "Cheers," "Fantasy Island," "The A-Team," and "Hotel," and started becoming a regular celebrity guest on the game shows "The New $25,000 Pyramid" and "Super Password." She also began playing her biggest role, Christine Sullivan, on the sitcom "Night Court." Joining the show in its third season in 1984, she remained in her role through the ninth and final season in 1992.

After the end of "Night Court," Post starred opposite John Ritter on the CBS sitcom "Hearts Afire," which ran from 1992 to 1995. She followed that with a number of television films, such as "Someone She Knows," "Chasing the Dragon," and "I've Been Waiting for You." Post had her next main role in a series from 1999 to 2000, playing Julia Whitney on the short-lived ABC sitcom "Odd Man Out." In 2001, she starred opposite John Larroquette in the television film "Till Dad Do Us Part." Post went on to have notable guest roles on the shows "Scrubs" and "The District." She also starred in the television film "Holiday in Handcuffs" and lent her voice to the animated series "Transformers: Prime." The most substantial of Post's late-career roles was on the police procedural series "Chicago P.D.," on which she played the recurring character Bunny Fletcher in seasons two through four from 2014 to 2017. After that, Post had the smaller recurring role of Helen Portollo on the sitcom "The Kids Are Alright" from 2018 to 2019. 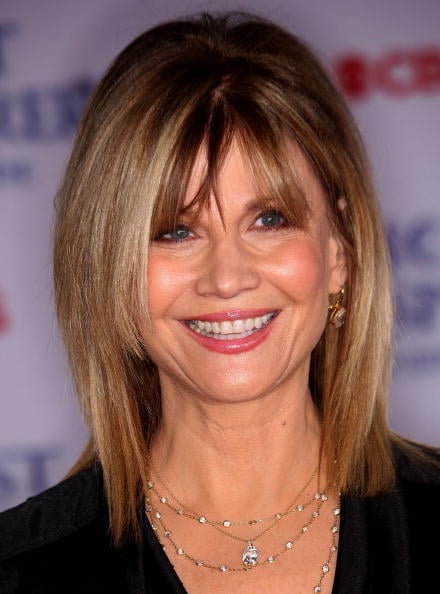 Although most prolific on television, Post was in a handful of theatrical films during her career. In 1998, she had a memorable part as the mother of Cameron Diaz's titular character in the romcom "There's Something About Mary." Later, in 2017, she was part of the large ensemble cast of the mockumentary "Cook Off!," which also featured such names as Melissa McCarthy, Stephen Root, Niecy Nash, Louie Anderson, and Sam Pancake.

Markie was married to a college friend named Stephen Knox from 1971 to 1982. She then married actor Michael A. Ross, with whom she had two daughters.

Unfortunately Markie Post died on August 7, 2021 at the age of 70 after a four-year battle with cancer.