What Is Mark Strong's Net Worth?

Mark Strong was born Marco Giuseppe Salussolia on August 5, 1963, in London, England. His mother, Waltraud, is Austrian, and his father, Giuseppe, is Italian. Giuseppe left the family soon after Strong's birth, and Waltraud worked as an au pair during Mark's youth. Waltraud legally changed Strong's name when he was a child to help him fit in with his classmates. Mark attended Norfolk's Wymondham College, where he was a member of the punk bands Private Party and the Electric Hoax. After graduation, Strong spent a year at Ludwig Maximilian University of Munich studying German law, then he studied drama and English at Royal Holloway, University of London. He later attended the Bristol Old Vic Theatre School.

In 2004, Mark starred as Harry Starks on the BBC2 series "The Long Firm," which earned him a Broadcasting Press Guild Award and BAFTA Award nomination, and in 2006, he played Det. Sgt. Frank Agnew in the Channel 4 miniseries "Low Winter Sun." The miniseries was adapted into a U.S. television series in 2013 (airing on AMC), and Strong reprised his role in all 10 episodes. He played Toby Crackit in "Oliver Twist" (2005), Mussawi in "Syriana" (2005), Lord Wictred in "Tristan & Isolde" (2006), and Prince Septimus in "Stardust" (2007), and around this time, he also appeared in the films "Scenes of a Sexual Nature" (2006), "Sunshine" (2007), "Miss Pettigrew Lives for a Day" (2008), "Flashbacks of a Fool" (2008), "Babylon A.D." (2008), "RocknRolla" (2008), and "Body of Lies" (2008). In 2009, he co-starred with Robert Downey Jr., Jude Law, and Rachel McAdams in "Sherlock Holmes," which grossed $524 million at the box office. That year he also portrayed Sir John Conroy in "The Young Victoria" and narrated the documentary "The Gangster and the Pervert Peer." In 2010, Strong played crime boss Frank D'Amico in the superhero movie "Kick-Ass" and Sir Godfrey in "Robin Hood," and in 2011, he appeared in "The Guard," "The Eagle," "Tinker Tailor Soldier Spy," and "Black Gold" and voiced Pod in "The Secret World of Arrietty." He starred as Thaal Sinestro in 2011's "Green Lantern" alongside Ryan Reynolds, Blake Lively, and Peter Sarsgaard, and in 2012, he appeared in "Zero Dark Thirty," which earned an Academy Award nomination for Best Picture. 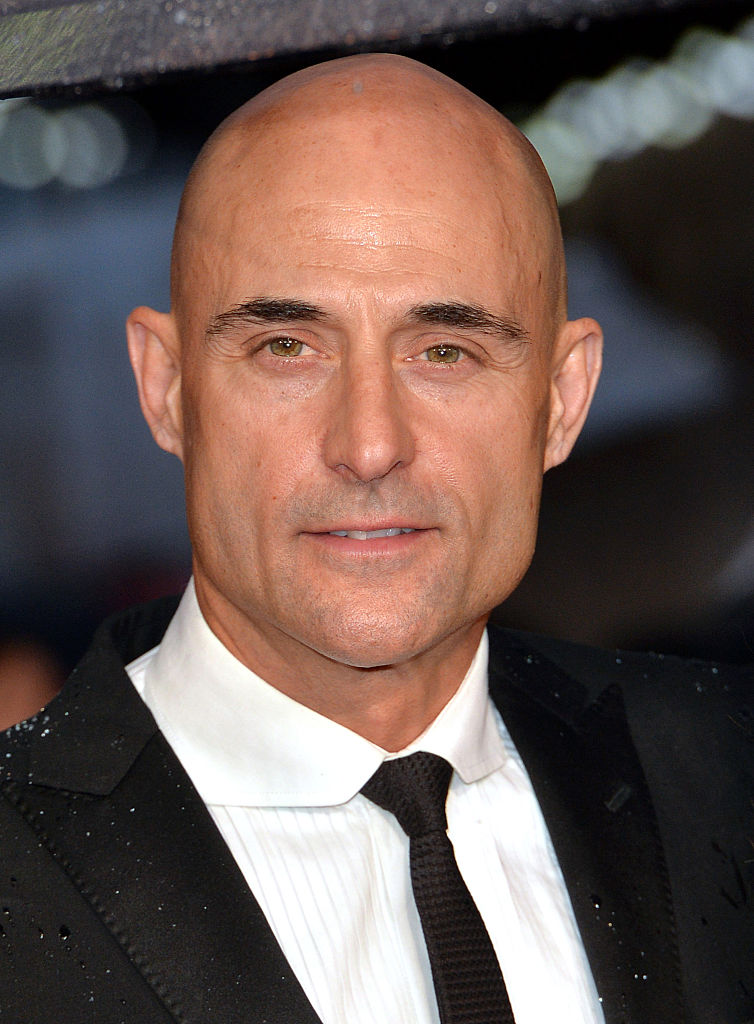 Mark narrated the 2013 TV docudrama "The Great Martian War 1913–1917," then he appeared in the 2014 films "Closer to the Moon," "Before I Go to Sleep," "Mindscape," and "The Imitation Game." Strong played Merlin in 2014's "Kingsman: The Secret Service" and 2017's "Kingsman: The Golden Circle," which were both hits, grossing $414.4 million and $410.9 million, respectively. In 2016, he co-starred with Sacha Baron Cohen in "Grimsby" and appeared in "Approaching the Unknown," "The Siege of Jadotville," and "Miss Sloane." In 2018, Mark starred as Max Easton on the espionage thriller series "Deep State" and portrayed Werner Heisenberg in "The Catcher Was a Spy" and Gunnar Sorensson in "Stockholm." In 2019, he played evil scientist Dr. Thaddeus Sivana in the DC Comics movie "Shazam!," appeared in the war film "1917," voiced Ordon on Netflix's "The Dark Crystal: Age of Resistance," and starred as Daniel Milton on the Sky One medical crime drama "Temple." Strong narrated the 2020 Netflix sports documentary "Home Game," and in 2021, he appeared in Disney's "Cruella." In January 2022, it was announced that Mark had been cast in the Adam Sandler-Jennifer Aniston film "Murder Mystery 2."

Mark is married to producer Liza Marshall, and they have two sons, Roman and Gabriel. Actor Daniel Craig, Strong's close friend and former roommate, is Roman's godfather. The family lives in London, and Mark has said of the city, "I've got no desire to live anywhere else. I was born here, my wife was born here, my kids were born here, and this is where we're going to stay." Strong is a fan of Arsenal FC, and he is fluent in German. In the 1997 film "Obsession," Mark provided the dubbing for Daniel Craig's voice in parts where the script called for "German with an English accent." 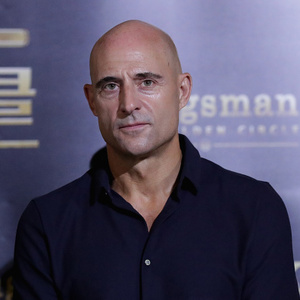