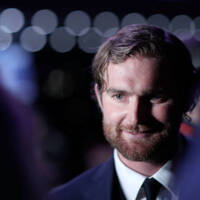 Mark Stanley Net Worth: Mark Stanley is an English actor who has a net worth of $500 thousand. Mark Stanley is best known for the role of Grenn on the TV series Game of Thrones. Stanley graduated from the Guildhall School of Music and Drama in 2010. He has appeared in many theater productions. His first and best known role has been as Grenn in the HBO televisions drama series Game of Thrones since 2011. In 2012 he appeared in the TV documentary Air Aces. In 2013 Stanley appeared in the film How I Live Now and the short In T'Vic. He appeared on the TV series National Theatre Live in 2014 and starred as Clarkson Stanfield in the movie Mr. Turner. His upcoming projects include the films Our Kind of Traitor and Kajaki and the short Baby. Stanley has been nominated for a Screen Actors Guild Award for Outstanding Performance by an Ensemble in a Drama Series for Game of Thrones.