Mark Salling Net Worth: Mark Salling was an American actor, singer-songwriter, composer, and musician who had a net worth of $100 thousand at the time of his death in 2018. Mark Salling was born in Dallas, Texas in August 1982. He is perhaps best known for playing the role of Noah "Puck" Puckerman on the TV series Glee. Mark attended the Los Angeles Music Academy College of Music and studied guitar. Mark released his debut studio album Smoke Signals in 2008 using the name Jericho. His second studio album Pipe Dreams was released in 2010. The album reached #5 on the US Top Heatseekers chart. He has soloed and dueted on many songs for Glee including "Sweet Caroline", "Good Vibrations", and "Only the Good Die Young". His first acting credit came in the 1996 video Children of the Corn: The Gathering. He appeared in an episode of Walker, Texas Ranger and the video The Graveyard. His best known role started in 2009 as Noah "Puck" Puckerman on the Fox television series Glee. In 2014 Salling starred in the TV movie Rocky Road. In 2010 he won a Screen Actors Guild Award for Outstanding Performance by an Ensemble in a Comedy Series for Glee. He was nominated for the same award in 2011, 2012, and 2013. Mark has also been nominated for three Teen Choice Awards.

Legal Troubles
In March 2015, Salling allegedly was forced to pay a woman named Roxanne Gorzela $2.7 million to settle charges of sexual battery. Several years earlier, Salling allegedly forced Gorzela to have unprotected sex. When she confronted him a few days later, Mark reportedly pushed her to the ground and injured her knees. Gorzela eventually dropped the charges when the case was settled out of court. On December 29, 2015, Salling was arrested after police raided his home and reportedly discovered child pornography on his computer. Police had been tipped off by an ex-girlfriend. He reportedly had 50,000 images on his computer.

Death: On January 30, 2018, Mark committed suicide. He had not been seen for some time and friends reported him as a missing person. At the time he was awaiting sentencing after pleading guilty to possession of child pornography. He was expected to get a 4-7 year sentence as part of the plea deal. 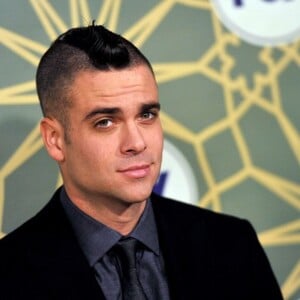