Mark Rylance net worth: Mark Rylance is an English actor, director, and playwright who has a net worth of $10 million. Mark Rylance was born in Ashford, Kent, England in January 1960. He served as the first artistic director of London's Shakespeare's Globe from 1995 to 2005. As an actor Rylance is best known for starring as Flop in the television series Bing from 2014 to 2015.

He starred as the self-titled character in the 2003 TV mini-series documentary Leonardo and as Thomas Cromwell in the TV mini-series Wolf Hall in 2015. Rylance has starred in the movies Hearts of Fire, Prospero's Books, Angels and Insects, Intimacy, The Other Boleyn Girl, Blitz, Anonymous, Days and Nights, The Gunman, and Bridge of Spies. Rylance has won many awards including an Academy Award for Best Performance by an Actor in a Supporting Role in 2016 for Bridge of Spies. Mark has been married to director Claire van Kampen since 1989. 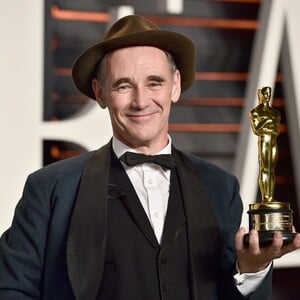