What is Mark Ruffalo's Net Worth and Salary?

Mark Ruffalo is an American actor, director, producer, and screenwriter who has a net worth of $35 million. Mark Ruffalo's long and successful career has become one of the most celebrated success stories in Hollywood today. This award-winning actor has won heaps of praise from critics after a number of notable roles in both film and stage productions.

Mark Alan Ruffalo was born on November 22nd of 1967 in Kenosha, Wisconsin. He was raised alongside two sisters and a brother by working-class parents of Italian and French-Canadian descent. In 2008, Mark's brother was later found dead in front of his house from a bullet wound to the back of the head. The execution-style murder has never been solved.

School was challenging for Ruffalo because he struggled with undiagnosed dyslexia and ADHD, disorders that would hamper his development well into young adulthood. He attended Catholic and progressive grade schools, eventually moving to Virginia Beach where his father was pursuing new work opportunities. Ruffalo was an avid wrestler throughout high school, and he also began his journey into acting during his teen years. He moved with his family once again to San Diego and finally Los Angeles, where he studied acting at the Stella Adler Conservatory.

While Mark Ruffalo was studying acting, he co-founded the Orpheus Theater Company and began to write and direct various plays. However, Ruffalo was not a well-known actor at this point, and he spent almost a decade working as a bartender while trying to break into the entertainment industry.

Although Ruffalo had early roles in various films, an original stage production of This Is Our Youth, and an episode of CBS Summer Playhouse, it wasn't until the 2000s that Ruffalo started to break through. His most notable film roles during the early part of his career included In the Cut, Eternal Sunshine of the Spotless Mind, and Zodiac, with the latter film increasing Ruffalo's notoriety considerably.

Ruffalo started the 2010s with a bang after appearing in Shutter Island alongside Leonardo DiCaprio. The supporting role earned Ruffalo considerable praise from critics. Among other honors and accolades, he was nominated for an Academy Award for Best Supporting Actor. Throughout his career, Mark Ruffalo has become well-known for playing detectives. He played an FBI agent in Now You See Me and Now You See Me 2. He also played a narcotics detective in Collateral alongside Tom Cruise and a homicide inspector in the aforementioned Zodiac.

In 2012, Mark Ruffalo took a major step forward when he booked the role of Dr. Bruce Banner in the Marvel Cinematic Universe. Starting with The Avengers, Ruffalo replaced Edward Norton, playing the comic book hero and his alter-ego, The Hulk. After gaining critical acclaim for his role, Ruffalo signed a contract ensuring he would reprise this role in future films within the Marvel Cinematic Universe. These films included Avengers: Age of Ultron, Thor: Ragnarok, Avengers: Infinity War, and Avengers: Endgame, the latter of which became the highest-grossing film in cinematic history.

In 2014, Mark Ruffalo appeared in a televised version of the play A Normal Heart. In addition, Mark Ruffalo has starred in notable films such as 2015's Spotlight, You Can Count On Me, 13 Going on 30, The Kids Are All Right, and Foxcatcher. 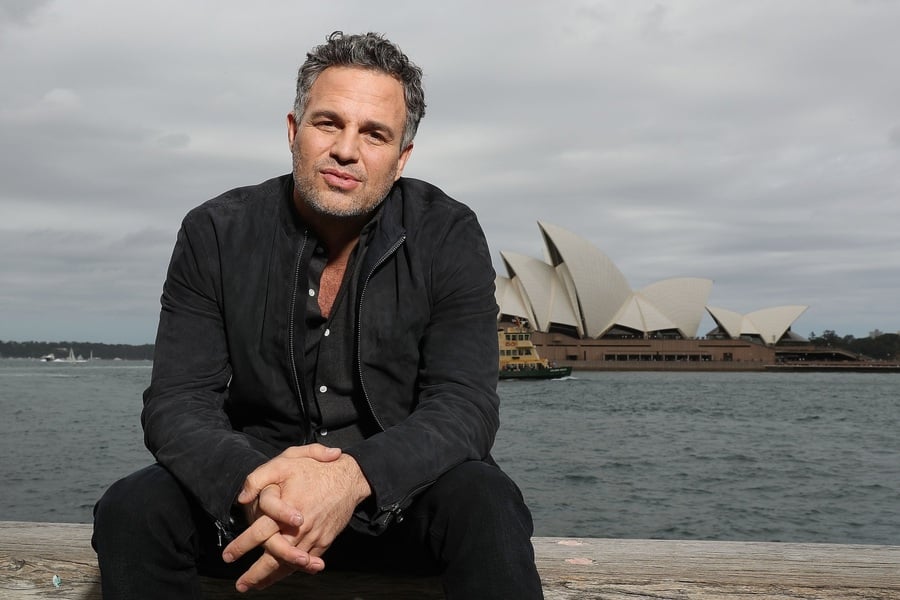 Mark Ruffalo has received countless awards over the course of his career. These include a New Generation Award from the Los Angeles Film Critics Association and an Award for Best Supporting Actor from the New York Film Critics Circle. For his role in Spotlight, Mark Ruffalo won a Screen Actors Guild Award, a Satellite Award, and an Independent Spirit Award, among others. After appearing in A Normal Heart, Ruffalo won a Primetime Emmy Award. In addition, Mark Ruffalo has been nominated for an Academy Award for Best Supporting Actor on three separate occasions.

Mark Ruffalo is famous for his outspoken political views. He is against fracking, a stance that was publicized after he expressed concerns that oil companies were eyeing his land for future development. Ruffalo has also expressed doubt about the "official story" surrounding the 9/11 attacks, specifically referencing the suspicious manner in which the various World Trade Center buildings fell to the ground. In addition, Mark Ruffalo is famous for his opposition to what he calls "far-right nationalism," and has encouraged NBC to stop hiring conservative commentators.

In the year 2000, Mark Ruffalo married Sunrise Coigney. Prior to their marriage, Ruffalo had proposed once and had been rejected. Coigney has been described as a contributing factor in Ruffalo's eventual success, as she met him when he was at an extremely low point in his career. Sunrise Coigney is a successful actress in her own right, and she is known for roles in films such as In the Cut and Campfire Stories. Coigney and Ruffalo have three children together. The family split their time between Manhattan and their Catskill Mountains home in Sullivan County.

Shortly after marrying Sunrise Coigney, Mark Ruffalo discovered that he had a benign brain tumor. Convinced that he was about to die, Ruffalo recorded a video message for his unborn child, as Sunrise Coigney had recently become pregnant. The surgery to remove the benign mass was successful, although it left Ruffalo with partial paralysis in his face and the loss of hearing in his left ear.

In 2004, Mark Ruffalo purchased a quaint Hollywood Hills home for $1.65 million – a rock-bottom price in the context of today's market. He later sold the property to Zoey Deschanel for $1.65 million – a zero percent profit. For many years, Ruffalo lived in a 19th-century townhouse in Brooklyn. He later sold this property in 2017 for $3.125 million. In 2018, rumors spread that he and his wife were considering the purchase of a $10 million Upper West Side townhouse, although those rumors were never officially confirmed. The family also owns a home in the Catskill Mountains.