He graduated from Miami University and has appeared in stage productions. Povinelli first starred in the movie The Naked Man in 1998. In 2012 he starred as Todd in the TV series Are You There, Chelsea?. He has starred in the movies A Light in the Forest, The Polar Express, Pucked, Epic Movie, Stone & Ed, Beer for My Horses, Mabou Mines Dollhouse, Water for Elephants, Mirror Mirror: The Untold Adventures of Snow White, Foodfight!, The Hot Flashes, and Hustlers. Povinelli has also appeared in episodes of the TV series Dharma & Greg, The Hughleys, Frasier, The Nick Cannon Show, The Parkers, Charmed, The Suite Life of Zach and Cody, Pushing Daisies, It's Always Sunny in Philadelphia, Cold Case, Boardwalk Empire, Modern Family, Breakout Kings, Criminal Minds, and Anger Management. In 2005 he won a Fantasy Genre Award for Best Actor at the ShockerFest. 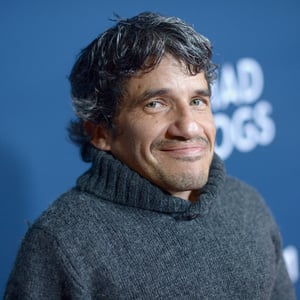