What is Mark Linn Baker's Net Worth?

Mark Linn Baker is an American actor and director who has a net worth of $3 million. He is perhaps best known for playing Benjy Stone in the film "My Favorite Year," and he also portrayed Larry Appleton in the successful sitcom "Perfect Strangers." Although he began his career on stage in various Broadway productions, Mark made his film debut in 1979 after joining the cast of Woody Allen's "Manhattan." This led to more film roles and eventually even greater continued success in television. Towards the end of the 2010s, Baker became known for appearing in shows like "Blue Bloods" and "Unbreakable Kimmy Schmidt."

Mark Linn Baker was born on June 17th of 1954 in St. Louis, Missouri. Both of his parents were active in the entertainment world; his mother was a dancer and his father co-founded a theater in Hartford. After graduation from high school, Mark Linn Baker attended Yale University. He eventually attended the Yale School of Drama and earned an MFA in Drama by 1979.

Mark began his career on stage, performing in Broadway productions during the early 80s. These included a stage adaptation of the "Doonesbury" comic book strip, "Laughter on the 23rd Floor," "A Funny Thing Happened on the Way to the Forum," "A Flea in Her Ear," "A Year with Frog and Toad," and "Losing Louie." Prior to this, however, he had booked a small part in Woody Allen's 1979 film "Manhattan." During the early 80s, he landed a much more substantial role in the 1982 comedy "My Favorite Year." He joined Peter O'Toole in the film, and his character was heavily inspired by Woody Allen.

Towards the mid-80s, Mark turned his attention towards the television world, apparing in a number of pilots and television films. He eventually guest-starred in an episode of "Miami Vice" and followed up with another role in "Moonlighting" in 1985. He then booked a role in the pilot episode of an unaired CBS sitcom before joining the cast of "Perfect Strangers." This ABC series proved to be one of the most defining aspects of Baker's career, and he booked the starring role of Larry Appleton.

In "Perfect Strangers," Mark played a man who had just moved out for the first time and was living alone in Chicago. Bronson Pinchot played his disant cousin from the Mediterranean, and the sitcom revolved around Mark's character showing Bronson's character the ins and outs of American culture. The series was a success and ran for eight seasons, finally ending in 1993. 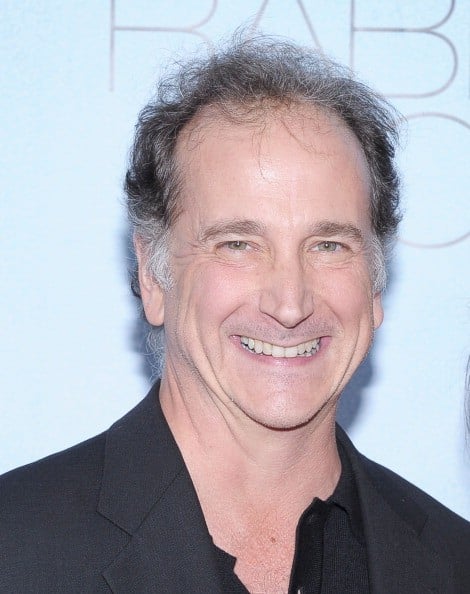 Around the time of the sitcom's ending, Baker went back into film briefly, appearing in the 1992 movie "Noises Off." For the next few years, however, Mark's career went through something of a slow period. He appeared sporadically in various shows like "Ghostwriter," "Full House," "Hanging with Mr. Cooper," "Spin City," "Family Matters," "Soul Man," and "Ally McBeal" throughout the rest of the 90s, often appearing in just one episode of these series.

After a few more roles in "Law & Order," Baker booked another recurring role in "Twins." From 2005 to 2006, he appeared in 18 episodes of this show, playing the character Alan Arnold. However, this show was canceled after just one season. More guest roles in shows like "Life on Mars" followed until he joined the cast of the 2010 film "How Do You Know." Next year, he returned to the Broadway stage in a production of "Relatively Speaking." He then continued to book stage roles in off-Broadway productions like "The School for Scandal." In 2017, he returned to television once more, booking a recurring role in "Blue Bloods as aide to Mayor Margaret Dutton – played by Lorraine Bracco.

During this period, Mark Linn Baker also continued to book various guest roles in television series. During the 2010s, he became known for appearances in shows like "The Electric Company," "The Good Wife," "The Leftovers," "Red Oaks," "The Good Fight," "Unbreakable Kimmy Schmidt," "The Blacklist," "Younger," and "Ghosts." He also appeared in two episodes of "Succession" from 2019 to 2021.

During the 80s, Mark Linn Baker appeared in a number of TV commercials for brands like Kellogg's Nutri-Grain cereal and Kraft Life Savers.

Mark Linn Baker married Adrianne Lobel, a theater producer and scenic designer. Lobel is also the daughter of the well-known children's book author Arnold Lobel, who wrote the "Frog and Toad" series of books. Baker and Lobel had one child together before ultimately divorcing. During the marriage, Arnold Lobel and Linn Baker collaborated to create a Broadway musical based on his children's book. In 2012, Mark remarried an actress named Christa Justus.

In 2014, it was reported that Baker had sold a home in New York City's NoHo district for a cool $1.71 million. The residence was apparently sold at a discounted price, and it's not clear what he initially purchased the home for. The apartment sits on the eleventh floor of a pre-war building on Broadway, and it features two bedrooms and 1,300 square feet of living space. Additional highlights include a library, a sky-lit greenhouse, and a walk-in closet. The building itself offers amenities such as a doorman and a roof-top terrace.

Just two years prior, it was reported that he and his wife had purchased a new two-bedroom home in a Manhattan co-operative. Located in Hudson's Heights, the residence was purchased for $835,000. 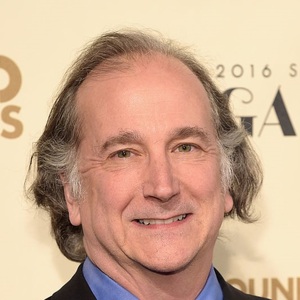