Mark Hamill Net Worth and Salary: Mark Hamill is an American actor, producer, writer, and director who has a net worth of $18 million. Although Mark Hamill is best known for playing the role of Luke Skywalker in the Star Wars films, he later carved out an impressive career for himself as an actor, primarily through stage productions and voice acting work.

Early Life: Mark Richard Hamill was born on September 25th of 1951 in Oakland, California. He was raised in a Roman Catholic household alongside six siblings by his mother and his father, a US Navy Captain. Because of the nature of his father's work, the family moved often. Mark Hamill attended schools in Virginia, California, and Japan. He later graduated from a high school in Japan and attended Los Angeles City College to study acting.

Early Acting Career: Mark Hamill had his start on television. He experienced early success with a recurring role in the soap opera General Hospital. He also booked a leading role in a sitcom called The Texas Wheelers, although it was canceled after just 4 episodes. He went on guest star in a range of other television series, including The Bill Cosby Show, The Partridge Family, and One Day at a Time. In addition, Hamill appeared in several television films before booking his role in the Star Wars franchise.

Star Wars: Although Mark Hamill had previously booked a lead role in the TV series Eight is Enough, he managed to get out of his contract and take a role in a much more exciting project: a science fiction film called Star Wars. Although no one could expect how popular the film franchise would become, Mark Hamill believed in the project from day one. The first film was released in 1977, and Hamill became one of the biggest stars in the world overnight.

Director George Lucas was so unconfident about the film's potential success that he decided to take a trip to Hawaii when it premiered. After watching a news broadcast from his hotel room about the massive crowds of people waiting to see his movie, it finally sunk in: He had become a very rich man. Mark Hamill and every other cast member also cashed in on the success, and it became clear that the Star Wars franchise had a bright future ahead of it.

Mark Hamill had a bright future ahead of him as well, and he appeared in the film's two sequels: Star Wars Episode V: The Empire Strikes Back and Star Wars Episode VI: The Return of the Jedi. The original film was retroactively titled Star Wars Episode IV: A New Hope and re-released in theaters. Collectively, the original trilogy raked in over $1.8 billion. For both of the sequels, Mark Hamill won the Saturn Award for Best Actor. During filming for the first film, Mark Hamill was involved in a serious automobile accident that required surgery on his broken nose.

Although Hamill didn't take part in the prequel films (Episodes I, II, and III), he did return to the Star Wars universe in 2014 when he voiced the character of Darth Bane in the animated series The Clone Wars. His voice acting skills earned him a Daytime Emmy Award.

In 2015, he returned to Star Wars once again following Disney's acquisition of the rights to the Star Wars franchise. Although Hamill made only a brief cameo in The Force Awakens, he played a much larger role in The Last Jedi and The Rise of Skywalker. Despite being involved in the films, Hamill frequently hinted at his dissatisfaction with the creative process surrounding Disney's production of the Star Wars films. He never blatantly criticized the films, but his true underlying emotions were often plain to see during various interviews.

Star Wars Salary/Earnings: For 1977's "A New Hope", Mark's salary was $650,000. That's the same as around $2.5 million today. In addition to base salary, Mark and the other principal actors were each given a 1/4 percent cut of the film's backend profits which over time would turn into huge windfalls after the movie made over $700 million off its budget of $11 million.

Decades later Mark would earn tens of millions to return to the franchise. For his momentary cameo appearances at the very end of 2015's "The Force Awakens", Mark earned $3 million. That's one of the highest paydays for the amount of actual camera time an actor has ever earned. 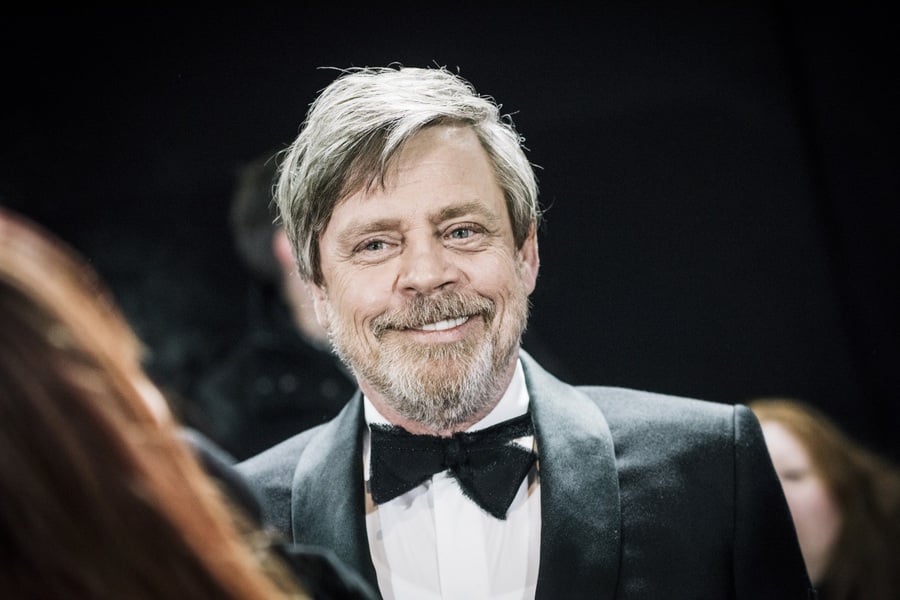 After Star Wars: The main barrier facing Mark Hamill after his breakthrough role with Star Wars was that too many people identified him as Luke Skywalker. Mark Hamill was very aware of this danger and attempted to "break the mold" with appearances in movies like Corvette Summer, The Big Red One, The Night the Lights Went Out In Georgia, and Britannia Hospital.

However, Hamill found a true "blank slate" in the world of theater. Throughout the 80s, he became an established Broadway actor with a range of well-received roles. He appeared in plays such as The Elephant Man, Harrigan 'N Art, Room Service, The Nerd, and Amadeus. When Amadeus was turned into a film, Hamill auditioned for the lead role, hoping to reprise his theater performance. A studio executive reportedly told the director "I don't want Luke Skywalker in this film," and Hamill lost the role.

During the next period of Hamill's career, he returned to film and television with a range of roles. He appeared in movies like Slipstream, Midnight Ride, The Village of the Damned, Jay and Silent Bob Strike Back, Airborne, Sushi Girl, Kingsman: The Secret Service, and Con Man. He also appeared in television shows such as Alfred Hitchcock Presents, The Flash, Saturday Night Live, 3rd Rock From The Sun, Chuck, and Criminal Minds.

Voice Acting: Aside from the role of Luke Skywalker, Mark Hamill is most famous for voicing the character of the Joker from DC's comic book universe. He first voiced the Joker in 1992 with Batman: The Animated Series. This success led to him reprising his role as the legendary villain in a range of animated series and video games, including Batman Beyond, Justice League, Sega's The Adventures of Batman & Robin, Batman: Arkham Asylum, Batman: Arkham City, and many others.

Personal Life: Although Mark Hamill dated his General Hospital co-actor Anne Wyndham, he eventually married Marilou York, a dental hygienist. After marrying York in 1978, he and his wife had three children together. 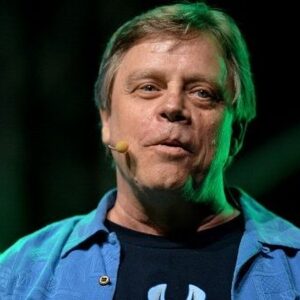