Mark Goodman Net Worth: Mark Goodman is an American radio DJ, TV personality and actor who has a net worth of $1.5 million. Born on October 11, 1952, in Philadelphia, PA, Mark Goodman has translated his success in the music business both to the small and the big screen in a career that spans over four decades. Having started in a local radio station in his hometown of Philadelphia, he eventually became the music director of the station in 1978. Two years later, Goodman moved to NYC to land a job at WPLJ, the number one rock station in The Big Apple. It was in 1981 that he left his post at WPLJ to join the still unknown music video channel MTV at the time. Thus, he got the chance to become one of the original five VJs on MTV, from 1981-1987. As a VJ, he conducted a great number of interviews with a wide range of music and entertainment stars of the day. Furthermore, he could be also seen hosting some special shows for the channel, like The Week In Rock, 120 Minutes, as well as the first show ever syndicated to broadcast by MTV: The Top 20 Video Countdown. He slightly neglected his hosting work in the late '80s to pursue an acting career that saw him playing in both film and TV. Goodman starred in features like Police Academy 6: City Under Siege (1989) and Man Trouble (1992), while on TV, he made appearances in shows like Married With Children (FOX, 1987–1997) and The Practice (ABC, 1997–2004), among others. It was in the mid-2000s that Goodman returned home on VH-1 and VH-1 Classic, mostly doing interviews and hosting special programs while continuing to broadcast 7 days a week on SiriusXM Satellite Radio. 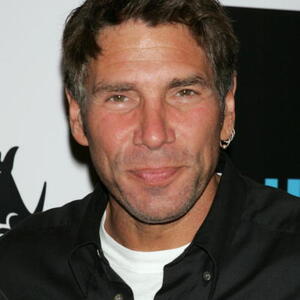